Home » Opinion » Tales of the Tellurians » A majestic voice is silenced

A majestic voice is silenced

The sudden and unexpected death of Dick Hayes caused much sadness over Christmas and the New Year and has deprived Waterford, and the city in particular, of one of its greatest, ever, singing talents.
One of the finest vocalists of his generation, Dick enjoyed much success throughout his career and was genuinely admired and loved in his native county and surrounding areas. He was ‘Old, Top of the Town Waterford’ and rightly regarded as a genuine treasure. 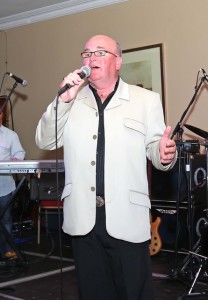 Possessed of a spectacular voice that could perform and succeed in any genre of music, his final public performance was at Christmas Day Mass in the Church of the Sacred Heart, The Folly, where his rendition of ‘O Holy Night’ was accorded a standing ovation.
He was a success from his earliest years as a soloist and also during his time on the showband and cabaret circuits. The last chapter of his musical journey may well have been the most satisfying for Dick. His son, David, was his musical director and accompanist and David’s prowess, combined with the technology of modern arranger-keyboards, meant that, as well as pop and country backings, Dick could sing all the great standards with full orchestral and big band arrangements. The result was often spectacular and audiences flocked to see him perform.

Dick’s son, Richie, is a nationally known singer, actor, comedian and stage producer. In recent years, Dick and David have joined Richie and his choreographer wife, Erica, in a stage show that tours top venues across the US Sunshine State of Florida in the early months of the year.
Dick’s parents bought him his first guitar in the early 1960s and he soon attracted attention and began playing and singing with groups in Waterford, often at the now legendary dances at Waterford Boat Club.
He spent time in England where he so impressed the London impresario Larry Parnes that he signed him up. Parnes also managed such stars as Billy Fury, Marty Wilde, Tommy Steele and Joe Brown.

But, unfortunately for Dick, the timing was wrong because, despite one moderately successful single, it was a time when guitar groups from Liverpool, Manchester and Birmingham were sweeping all before them and quality, solo singers were, temporarily, swept aside.
Dick returned to Waterford where he successfully fronted The Decca Showband for several years. In the early to mid-1970s, the showbands and dancehalls were dying but the cabaret scene was opening up and was to boom for more than 20 years with literally hundreds of venues operating up to five nights a week while some featured music seven nights a week.

Dick and his wife, Nancy, also a talented singer, performed together as a duo and regularly played O’Shea’s Hotel in Tramore and city-centre venues. Then with his friend and drummer from The Decca, Mick Casey, they formed a hugely successful group, Dick and Mick, that was much in demand. They were then augmented by bassist Mick Power (RIP) and changed their name to Dick and Mick Plus One.

Later, Dick joined forces with another successful Waterford group, Just Us, featuring Mick Coughlan and Davy Flynn and they had many successful years together. Their Sunday night residency at The Majestic Hotel in Tramore was usually standing room only. Dick’s son, David, began appearing with this group at that time where, as well as keyboards, he also played trumpet.

Eventually, the cabaret scene contracted to what it is today with only a limited number of venues featuring live music. But Dick and Dave moved on too and survived and thrived in the new, smaller scene. While they played all the venues, they were much associated with The Tower Hotel and Alfie Hale’s on Ballybricken.
Dick leaves behind a fine record of his talent on various recordings made over the years, especially the later ones produced by David.

It has often been said that Dick could have graced the international stage if fate had been kinder which is true. But it would be wrong to dwell on that because he achieved so much there is no need to speculate on what might have been.

‘Goodbye, goodbye, I wish you all a last goodbye’, are lines from the popular song from the Broadway hit, ‘The White Horse Inn’. Dick often included the song in his encores and it was a firm favourite with his audiences. Its sentiments are surely apt at this time when he is remembered with such warmth and fondness by so many.
To Dick’s wife, Nancy, his sons David, John and Richie and extended family, I offer my sincere sympathies.