A plea to those who cruelly write and comment

Most people are aware of the trouble and stress caused by some tabloid newspapers and, of course, bullies calling themselves keyboard warriors on social media.
The most recent case of television personality, Caroline Flack, is a case in point with her family claiming that internet trolls, some sections of the media and even part of the Justice system in Britain all 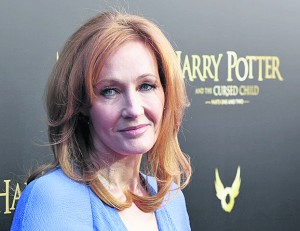 When I first began in newspapers, very few people had the privilege of giving their opinions in the media. In fact, at that time, personal opinions of even experienced reporters were discouraged. Straight, accurate and honest reporting was what was required. And it was drilled into us that words were powerful things that could wound as well as praise. We were acutely aware of that before we wrote and we read everything twice afterwards to make sure we had remembered.

The following are three famous quotes that, I believe, sum up the situation today very well.

“Words cut deeper than knives. A knife can be pulled out, words are embedded into our souls.” William Chapman, Canadian poet.

“The lowest form of popular culture – lack of information, misinformation, disinformation and a contempt for the truth or the reality of most people’s lives – has overrun real journalism. Today, readers are being stuffed with garbage.” Carl Bernstein, Washington Post and best selling author.

“Anyone can speak Troll. All you have to do is point and grunt.” J. K. Rowling, author.