TOM McGrath, the Waterford man who escaped a German prisoner-of-war camp during the Second World War, was honoured at a ceremony in Dublin before Christmas. A remarkable chapter in the life of this Waterford man, who was born in Portlaw in 1904, was discovered by his son Tom Jnr who, until two years ago, had no idea that his father had served in the British Army. Tom Jnr grew up in Waterford city centre where his parents ran the successful Lido Café (now Kniesels) in the late 1950s and 1960s. His mother Elizabeth died when he was aged 14 and his father Tom died when he was 15. 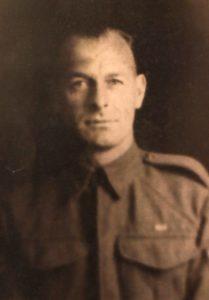 Tom McGrath who escaped from a German prisoner-of-war camp during the Second World War.

During his last year at boarding school, Tom Jnr met his future wife at a dance in The Haven Hotel. She was a Spanish student who was in Ireland learning English for the summer. While at university he travelled to Spain on a regular basis where he taught English.Gradually, Tom, who has no brothers or sisters, lost contact with Waterford. “My wife has a large family so our two children have a very large Spanish heritage,” he explained.
“They never knew of their Irish heritage so for years I have been trying to find out about the history of my family.”
In an attempt to learn more, he brought his family to Portlaw on a number of occasions seeking information about the McGrath family. Following a recommendation, he contacted Johnny Aylward in Waterford who he remembered from his childhood. “He is a great raconteur of Waterford history and we exchanged many stories. He knew my father and mother very well,” explained Tom Jnr.“Afterwards, he sent me an email and gave me the name of Billy McGrath who turned out to be my first cousin.”
To his delight, he discovered he had many more cousins (sons and daughters of his father’s brother) and met them at The Tower Hotel. “My life has changed since I met them,” he said. “One of my cousins, who lives in London, phoned me to say their mother was a member of a creative writing club and had written an essay about my father entitled ‘The Escape’. I nearly fell off the chair when I read it.” At a young age, his father Tom had married a local girl in Portlaw and in 1937 the couple had answered an ad to go to work for a wealthy family in Surrey, England.In 1939, with war looming, Tom was conscripted into the British Army.
He was assigned to the 51st Highland Division which formed part of the British Expeditionary Force which was sent to France to try to stop the German invasion. “My father’s regiment was based on the Maginot Line. Unsuspectingly, the Germans did not go through the Maginot Line but instead went above through the Ardennes Forest and caught everyone by surprise,” explained Tom Jnr. 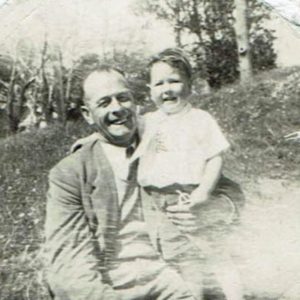 In doing this, they cut off the rest of the Highlanders from the rest of the British Expeditionary Force who were able to get away in Operation Dynamo (the evacuation from Dunkirk). “My father’s regiment engaged in battle but slowly retreated to the coast and to the town of Saint Valery. They were hopeful they would also be rescued and evacuated but the weather changed and a fog came in and scuppered those plans.”
In the meantime, Rommel and his artillery surrounded Saint Valery.After a number of days of severe battle the order was given to surrender by the leader of the 51st General Victor Fortune. Subsequently, 10,000 men were taken prisoner and were marched for three weeks through Northern France and Belgium and into Holland. “They were treated horrendously on the march. Anyone trying to escape was shot and anyone trying to give them food along the way had it knocked out of their hands,” explained Tom Jnr.
When they reached Holland, the prisoners were brought down the River Rhine to Germany from where they were dispersed to various prisoner-of-war camps throughout both Germany and Poland. Tom ended up in Poland at the Stalag XXA camp in Thorn, north of Warsaw. ‘The Escape’ essay had given an overview of how Tom had managed to leave this camp and, after reading the essay, Tom Jnr was intrigued and wanted to learn more. He wrote to the British Army authorities who sent on his father’s military history including details of when he was conscripted, his number etc. along with a photograph. “I asked where I could find out more about his escape and I was told that it was practically impossible,” he explained.
Undeterred, he travelled to London and spent hours researching at the National Archives where he located a detailed chronological account of his father’s escape. In the late afternoon of the 9th of March 1942, Tom had taken the enormously brave decision to escape from Stalag XXA.According to his account, Cpl. Cregan, an Irishman who was in charge of a party working in the graveyard in Thorn, managed to get him a suit of civilian clothes from a Polish woman.A friend in England sent him parcels containing under-clothing, civilian shirts (which they were allowed to receive) socks and police boots. Tom exchanged the boots in the camp for a pair of civilian shoes. By raffling a silver cigarette case, he obtained about 200 marks in camp money which he exchanged for about 100 Reichsmarks.
When an opportunity arose, he managed to break away from the group he was with and first went to a latrine.
Satisfied that there were no Germans around, he walked along a path which led to a back entrance of the camp.From the path he accessed a wood and hid in a hole dug by German soldiers in which he stayed until darkness fell. Tom then made his way to a small house and knocked at the door which was answered by an elderly Polish man who took him in.He stayed here for three to four days, remaining in the attic all the time.
One evening, the Pole gave him an old coat and cap and took him into Thorn and to a man who spoke a little English and said he would assist. He was then sheltered in another house by a Polish woman for about three months, during which time he didn’t go out at all.
At the beginning of June, he embarked on the enormously risky journey to Berlin with another Pole.
The papers he had been given were checked three or four times on the way.After arriving in Berlin he was handed over to another Pole who took him by foot to a slum where he stayed until the beginning of August.
Tom was given an identity card for a Frenchman named Martin (which included a photo of someone he resembled) as well as documentation issued to a French worker going home on leave.He eventually secured a train ticket from Berlin to Paris via Holland. On his arrival in Paris, he found that another Pole had come to the station to meet him and bring him to an underground flat in Sully-Morland.He was sheltered in Paris from August to December. On December 6th, he left for Saint-Jean-de-Luz in Southern France where he met a Basque smuggler who assisted him in his quest to cross the Pyrenees.
Tom crossed the mountains alone and reached a village in Spain where he was taken to prison by authorities.
He was interned until April 14th 1943. Ten days later, more than a year after he left the camp, he was released and repatriated via Gibraltar. Tom’s remarkable escape is certainly worthy of a Hollywood blockbuster.
His story illustrates triumph over adversity and highlights the kindness of strangers.