Home » Opinion » Foley on File » All hands on deck in Kilmac

All hands on deck in Kilmac 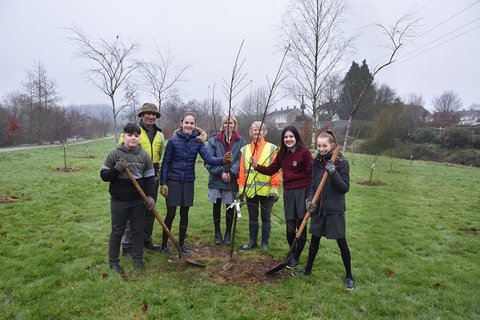 Heartened by the success of the Waterford Greenway, locals in Kilmacthomas are making a concerted effort to bid for Tidy Towns glory
IT’S OFTEN said that a rising tide lifts all boats and there is perhaps no better example of this than the transformation which is taking place in the picturesque village of Kilmacthomas. Since the official opening of the Waterford Greenway in March 2017, the village has welcomed visitors from throughout Ireland, Europe and beyond and has become one of County Waterford’s tourism hotspots. Dungarvan may be claiming the title of ‘Home of the Greenway’, but Kilmacthomas is proudly proclaiming itself as the ‘Heart of the Greenway’ as attractive large signs which have been erected on approach roads into the village clearly indicate.
While the Greenway may have acted as a catalyst, the transformation of Kilmacthomas has been happening in gradual steps for many years. 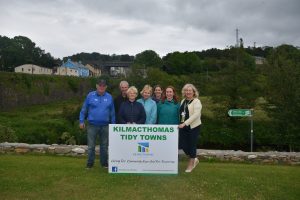 A core group of people have been working quietly and diligently in promoting and preserving the village.
Now, thanks to the feel-good factor generated by the success of the Greenway, it’s hoped that this groundwork can be built on in order to take Kilmacthomas to the next level. The Kilmacthomas Tidy Towns group are making a concerted effort to achieve substantial gains in this year’s competition – and their efforts perfectly encapsulate the overall ethos of the Tidy Towns movement. There is a vast array of experience amongst the group, with everyone contributing their own unique skills and abilities.The group is comprised of a mixture of natives of the area as well as those who have made Kilmacthomas their home.
Chairperson Pierce Casey has been an active member of the committee since its formation and takes great pride in seeing how the village has progressed.
He has been a common sight around the village for many years as he embarks on a variety of jobs.
Another stalwart is Margaret Whelan who currently serves as Liaison Officer.“We started out with a small group of locals meeting every Monday night, taking pride in our village, tidying up and planting flowers and shrubs,” she explained.“The committee is a much larger group today. Kilmac is progressing, the work we do is ongoing, and we take pride in presenting our village to residents and visitors alike to enjoy.” Treasurer Susan Veale, who joined the committee this year, says she got involved as she passionately believes in “community and the importance of a sense of belonging”.Local librarian Laura Kirwan, who was born in Belfast and reared in Dublin, is the PRO with Kilmacthomas Tidy Towns and is also excited to be part of the team. 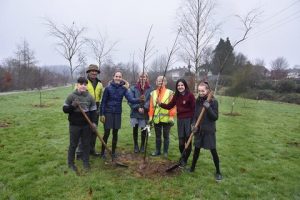