Finally, we see that after all the huge press campaign by the UK for various demands that many were unworkable That reality is beginning to dawn.The danger is for congestion in the ports and the great disruption to Northern Ireland in terms of flow of goods. The issues are complex. We met with Sean Kelly MEP last week and one of his particular points was that you could not have a unionist veto on a deal, every 4 or 5 years. His view is that if there is going to be a solution it must be clear cut, otherwise it could end up in chaos and ongoing problems.
The European Union were not over playing the media, in his view focusing on the facts of the situation, they did not wish to make the situation more difficult. Messrs. Barnier and Tusk are very competent , added MEP Sean Kelly. 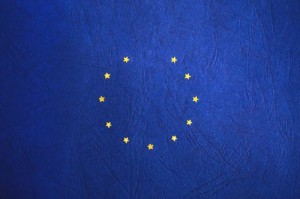 The Northern Ireland situation seems fundamental to solving the British dilemma to “get Brexit done” as the Tories say. One media man from Belfast, we met said that if the north could be in the UK customs union and the EU, this could be the best of both worlds and good for NI business too., which the back shop allows.The DUP interventions over the weekend to make sure that the union with the UK in their view is not weakened is a fundamental issue as it was with the Teresa May deal. This time they may have to accept a new dual circumstance , if the UK want to leave without a hard Brexit and have a No border Ireland. Northern Ireland voted overall to remain in the UK referendum, another poll could see that vote strengthen there as it would in Scotland.
Getting a deal passed in the House of Commons might prove too difficult but things could change. or drag on for longer.A consequence for us here is that the cost of living could rise if there are tariffs and Britain leaves the customs union, the UK Labour Party policy is to stay in the EU Customs Union, it all sounds complicated.One thing that the Government in Dublin needs to do is fast forward route plans direct from Ireland to France, Holland and Belgium to avoid future UK border delays. Waterford and Rosslare could benefit.
Haulier costs will rise as more drivers are needed , as extra travel time is required by ship compared to crossing the UK, again this is another cost factor that we in Ireland have to bear. MEP Billy Kelleher says there should be some supports for same.Can there be some subsidy to launch new routes, will be a question for the Government and the European Union.
For many in exporting, logistics and ships there is a hesitancy to launch new direct routes now due to the cost factor, but new routes will be needed in 2020 if the UK leaves the EU customs union in 3 months’ time.