One of the most outspoken writers on matters affecting the Catholic Church in Ireland is Fr Brendan Hoban, a founder member of the Association of Catholic Priests.Therefore, it was with some surprise that I read a recent column in which he declares that he has just received the best news about the Church in forty years, so much so that he is overjoyed. “I never thought I would live to see the day,” he adds. 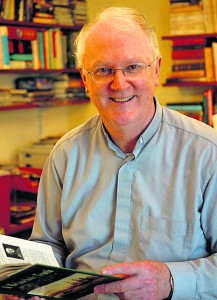 Fr Brendan Hoban, a founder member of the Association of Catholic Priests.

So what is it that has so moved Fr Hoban? It is news from the Amazon Synod that, he says, has crossed two blood-red lines in Catholicism.The first is that, according to him, the Synod has begun the process of disconnecting celibacy from the Catholic priesthood. It’s not the end of clerical celibacy, he points out, as no one would doubt the value of a freely taken celibate choice for priests. But it is, he says, the Church saying definitively that there is no necessary connection between priesthood and celibacy.

He says the other huge issue is that women’s ordination to the diaconate, shelved recently by Pope Francis, has forced itself back on the Church’s agenda and the Pope has now decided to recall and supplement his commission on Women’s ordination to the diaconate.According to Fr Hoban, there were 185 voting members at the month long Synod of which 181 were present for the actual voting. The paragraph calling on Pope Francis to consider the ordination of married men as priests received 128 votes for and 41 against. That’s 71% for and 23% against. (6% didn’t vote).

The paragraph dealing with the discussion on women deacons received 137 votes for and 30 against. That’s 76% for and 17% against. (7% didn’t vote).The Pope’s vision for change has been undermined by a small cadre of cardinals, bishops, priests and lay people, says Fr Hoban, but Francis now knows that he is on firm ground and that most of the Church is with him.