Home » Opinion » Clodagh Walsh on life behind the ‘mic’

Clodagh Walsh on life behind the ‘mic’ 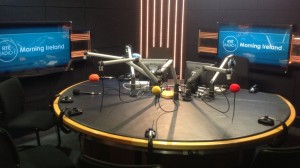 Part Two
In last week’s issue we learned how Clodagh Walsh broke into journalism and how she began broadcasting with WLRfm and FM104 in Dublin before she eventually moved into the RTE newsroom.
This proud Waterford lady also spoke about her love of her native city and why she has decided to return to live here although she will continue to present her various slots such as ‘It Says In The Papers’ along with her news bulletins on both TV and radio.
Clodagh was also deeply involved for some time with the Garter Lane Arts Centre and she was a founder member of Red Kettle.
This week, we continue the story of a person who has a deep passion for her chosen profession and of course her beloved Waterford.
“I was busy working with RTE on programmes such as ‘Oireachtas Report’ and as a sub editor and reporter on ‘Morning Ireland’ on radio. I was very happy with my lot but in 2001 I decided to take leave of absence for one year and move to Italy. I had married a lovely Italian man, Raffene Greco whom I met in Dublin. We hit it off from the get go and we were very happy together.
“We lived in Varese, which is situated in the North of Italy and I thought English for some time in schools and then RTE contacted me and asked me if I would record some programmes from Italy which was great because I had the best of both worlds.
“As I said, I had applied for leave of absence for one year but I stayed there for nine years because everything was going great work wise and Raffene and myself were very happy. However my life was turned upside down on December 16th, 2008 because Raffene died after losing his battle with cancer. He was only 56 years old. I remained in Italy for one more year after his death but it was just not the same anymore so I returned to live in Wicklow and returned to RTE and I got lots of work when I came back.”
When you get chatting to Clodagh you will always get a stroll down memory lane and to this day she has fond memories of radio plays she was involved with on WLRfm many years ago which she loves to talk about.
“We used to be broadcasting from Wellington Street at that time and I can recall producing one of the first plays Noel Kelly had written. I was also involved with two documentaries including one with Michael and Robert Grant. There was another one which was about the Mount Sion rebellion. 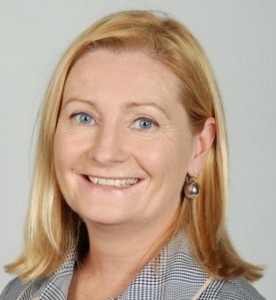 “That was really great because it was about the period of time when the soccer team were not allowed use the school name in a national competition – the entire school rebelled and staged a sit down outside the school to highlight what stance the Christian Brothers were taking. The story went nationwide and all of the newspapers reported on the story. It’s a story that had to be covered in some special way here in Waterford and I felt our documentary did the story justice.”
Clodagh added: “Down through the years I have presented various shows on WLRfm since I moved to Wicklow and Dublin and I’m always delighted to drop in and have a chat with the people who work there. I always get a warm welcome and Des Whelan has been a friend of mine for many, many years” stated Clodagh before she paid a tribute to one of those people she adored, Billy McCarthy who died suddenly following a brief illness last week.
During Billy’s Requiem Mass in the Holy Cross Church in Tramore on Tuesday last, Billy’s partner of 25 years Des O’Keeffe spoke about the love both of them had for Italy, a country they found peace and solace in twice a year.
It’s ironic that Italy also holds bitter sweet memories for Clodagh. Just like us all who loved Billy, Clodagh has found it extremely difficult to comprehend the fact that ‘Billy Mac’ will no longer be the voice of Waterford.
Struggling to come to terms with the fact that Billy has now left us Clodagh spoke lovingly and beautifully about a person she adored.
“Billy McCarthy loved to dance and that’s a welcome trait in any man.
He loved the freedom of it and the joy of it. That’s what I remember when I think of Billy, that big loud infectious laugh, his joy, good humour and big hugs always, his passion for and dedication to his work. He loved radio. He loved being connected to his listeners and his county. That easy accessibility, just pick up the phone and ask Billy McCarthy. I know how hard he worked having both produced his show and at times I had the pleasure of presenting ‘Deise AM’ when he would be on holidays with Des in Italy.
“To do what he did, day after day, he had to be top of his game and he certainly was that. He was a good man. He was a kind, intelligent and compassionate man. Having said that he would drive you mad at times but not for long. Someone tweeted over the past few days that when the rest of the country rang Joe Duffy, Waterford rang Billy McCarthy.
Sadly Waterford will no longer be able to do that. A light has gone out and we will all be the sadder for it. It is our loss but it was also our privilege and my privilege to have known Billy for over 30 years. He was a very special man in so many ways.”
As stated last week, Clodagh is now commuting from Waterford to Dublin to broadcast her various slots for RTE and she’s very much at ease with life at this present time.
“I am very happy right now. I love being back in Waterford and it’s wonderful to be able to meet some of my longest-standing friends once again on a regular basis. I can also spend time with my mam Helen.
“Of course, just like many other people my life has had its ups and downs along the way but that’s the way life is. We just have to carry on and do the very best we can both in our jobs and with our families.
“I genuinely believe that Waterford is on the up again. There is a good feel good factor right now and with Christmas just around the corner the city and indeed the entire county will be buzzing. It’s been a tough year for many people I know that but hopefully life will be better for all in 2017,” said Clodagh with her usual sense of honesty.
On a personal note it’s wonderful to have my friend of over 40 years back living in our lovely city.