Home » Opinion » Clodagh Walsh on life behind the 'mic'

Clodagh Walsh on life behind the 'mic' 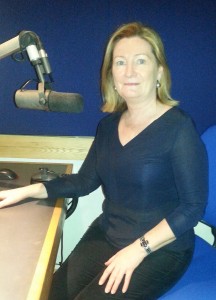 Clodagh Walsh: Back in her native Waterford but still ruling the RTE airwaves and TV screens.

‘It Says In The Papers’ is one of the many slots that Waterford native Clodagh Walsh occupies on RTE Radio 1.
“Getting up at 4am has its joys, sometimes,” said Clodagh with a glint in her eye. “The winter sky and early summer mornings in particular are nice.”
During a reputable glittering career in journalism, Clodagh has presented a range of programmes on television and radio, from be it local hospital requests, national news bulletins, ‘Oireachtas Report’, plays and documentaries and she remains very much in love with her chosen profession.
In recent weeks, Clodagh has returned to live in Waterford, having lived in Wicklow for a number of years but she will continue to broadcast on RTE Radio and TV.
“I’ve discovered that my native city is alive and vibrant once again and I’m thrilled to be back home,” Clodagh enthused.
“The motorway from Dublin is a fantastic asset and I just had to return to live here once again because this is my city and the changes here are amazing: be it the arts scene, the theatre scene, the Viking Triangle and of course the super Greenway, Waterford has been transformed and I’m really delighted to be back home.
“I loved living in Wicklow and Italy for some time but there is no place like home and it’s lovely having some time to spend with my family and friends once again.” 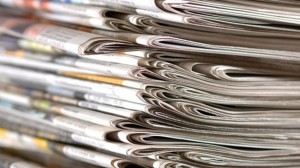 Clodagh is a long-standing member of the 'It Says In The Papers' team on 'Morning Ireland'.

On a personal level, I have known Clodagh for many years – almost 40 years to be precise – but I’d never really sat down with her to discuss her life until last week. Our conversation proved enlightening and at times sad, but it was a real pleasure to catch up with a person whom I’ve admired for a very long time.
Clodagh filled me in on her growing up in the Deise. “I was born in Airmount Hospital and the family were reared in Sweetbriar Park,” she began.
“Our parents Gerry and Helen were wonderful. Sadly, Gerry is no longer with us but Mam is in great form and it’s lovely that I can see a lot more of her now that I am back living in Waterford.
“I have two brothers, Michael, who is now living in Malahide and Paul who is a chiropodist. Michael is a former Waterford United player – he also played with Bohemians here in Waterford and he’s coaching kids in County Dublin now. Ellie is my younger sister and we are very close.

“I was educated in the Ursuline and after completing my Leaving Certificate I headed off to Dublin to study at the Rathmines School of Journalism. Once I completed that course finished I came back to Waterford and did some work for WLR. I’d already done some work for them when I was in Sixth Year at the Ursuline. One of the programmes I presented was ‘Hospital Requests’ and we used to get hundreds of requests for each show!”
“I then began working with Garter Lane Arts Centre as a Public Relations Officer and I really enjoyed that period of my life. We wanted to encourage young children to get involved in the theatre and we used to head off into the schools and try and get our message across to them: thankfully, many of them went on to love the stage and all that’s good about live entertainment.”
Clodagh continued: “I then became one of the founder members of Red Kettle which was good because I had been with the Waterford Dramatic Society for 16 years and the ‘Arts for All’ with Teddy O’Regan will always live with me.
“Around the time that WLR (then a pirate station) was closed down and before they came back on the airwaves as a fully licenced station I went to work in London for two years with an advertising company called Dwynters and we did all the international merchandising for Andrew Lloyd Webber.
“It was interesting but I never intended remaining in London and after two years I came back to Ireland intending to work in Waterford but I got some freelancing work with RTE on the ‘Na Ceithre h’Airde’ programme.
“Then in the late 80s, I joined the news team at FM104 which was one of the first of the newly licensed commercial radio stations at the time. I remained there until the early 90s until I decided to go freelance again and I began doing film and theatre reviews on the Barry Lang Show on 2FM. Eventually, I moved into the RTE newsroom, where I worked both on radio and TV – I also presented ‘Oireachtas Report’ for a number of years.”
Clodagh added: “Another area that I was lucky enough to wok in was as a sub editor on ‘Morning Ireland’, and I also did some reporting on that show. There were some great stories down through the years and I’ve met some wonderful people along the way – be it the people we were reporting on, along with the people I was working with.”
Clodagh Walsh has clearly remained a ‘true blue’ in every sense and a smile is never far away from her face.
Needless to say, she takes her work extremely serious but she knows how to enjoy life when time allows and now that she’s back in Waterford she has gained a new lease of life.
Her many friends, yours truly included, are delighted to have her back in our city once again. The year 2001 proved to be a pivotal one as indeed did the following seven years as she enjoyed happiness and deep sadness in Northern Italy and we’ll continue Clodagh’s story next week.