his writing. From his small Leitrim farm, he once opined: “The universal is the local, but with the walls taken away.” One suspects were McGahern writing in 2018, he might be moved to suggest that the foundation of Rural Ireland, while not yet taken away, was beginning to slowly and irretrievably disassemble. The closure of post offices in Kilmeaden, Lemybrien, Mullinavat, Glenmore and Kilmoganny, in addition to 154 others across the rural landscape (eight in Tipperary, eleven in Wexford) feels utterly regressive. By the way, not a single post office in Dublin features on the list made available on Wednesday last. Not one.
In a statement, An Post Managing Director Debbie Byrne said the company was committed to “ensuring a vibrant network for all our customers through investment and the expansion of e-commerce, financial and government services to drive usage and relevancy of the post office in today’s changing environment.” She added: “We fully acknowledge that this process will be difficult for some customers and communities but the end result will be a strengthened, viable post office network serving the needs of our country for the future.” 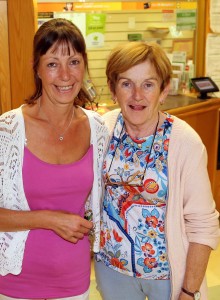 Expanding e-commerce and other services to maintain the viability of the post office network sounds perfectly laudable, but quite what any of this means for areas which remain without high-speed broadband – and in all likelihood will for years to come – will take some explaining. That such decisions are being made – by and large – by executives who don’t have to worry about how they can collect their pension due to scarcely timetabled or non-existent public transport is a further reminder of the disconnect between urban-based decision makers and rural dwellers.
Why, for example, Motor Tax services, passport applications and certain banking services (now being examined by An Post, according to the Irish Postmasters Union) couldn’t have been moved into rural post offices many years ago are all legitimate questions no-one in authority has adequately answered. Why An Post hasn’t moved to corner more of the parcel delivery business is also worth querying and why rural post offices couldn’t have been put to use as broadband hubs for a range of bill paying services (as well as housing an ATM) is equally legitimate. These services would all have attracted customers and would thus have increased footfall, and would surely have saved at least some of the post offices whose doors closed on Friday last.
Fine Gael may well merit criticism for these closures happening on their watch, but Fianna Fáil cannot be absolved of blame here either, when one recalls the 10 post office closures in Waterford between 2002 and 2010 (Kilkenny: 24, Tipperary: 36 and Wexford: 27). This haemorrhaging of rural services is a plague on both their houses, and while one doesn’t doubt the sincerity of Councillors from both parties, both parties cannot hide from this inconvenient truth. And all of this has led to situation where Kilmacthomas Post Office is now the only such facility open in Waterford within proximity of the ‘N25 corridor’ between Cleaboy and Abbeyside (Centra Portlaw is home to the village’s post office). An Post should appoint a visionary executive, who is genuinely connected to Rural Ireland, someone who understands modern retail and financial services. The great pity is that such a person ought to have been appointed 20 years ago – at least.