As we write there are no cases of the virus Corona in this region. We should be just more vigilant on hygiene and live life as normally as possible.There seems to be a major anxiety and panic building up, in Ireland and around the world which can be destructive in its own way.Major events like rugby internationals may be cancelled, like the Italy one has been.
We listened to Tourism Ireland who are concerned about the events on tourism in light of concerns relating to corona virus. 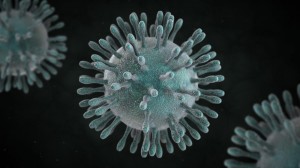 The CEO of the Irish Tourism Federation has requested “a prudent but proportionate response”. Tourism marketing is less in Asia he said but hopes that American and British business will grow, as Ireland is a low level risk so far.Tourism related businesses in Waterford are very concerned, with forward bookings.It is still just early in the season.
The worry about the national parades on St. Patrick’s Day and their operation in the current circumstances is out there in the media.A decision is likely next week on the parades, while Dublin attracts many foreign visitors the parades in the provinces are very much local .
When there was a scare over foot and mouth disease, far too many events were cancelled.
A level of realism is needed. As we write there is still no national epidemic but vigilance is needed but we would be better not to over react.
We note in Japan they have even closed schools for a number of weeks due to the virus threat.This is a very densely populated country.Panic decisions need to be avoided.
Overseas visitors are not a feature at parades in Dungarvan, Lismore, Tramore and Waterford, a rational approach is required that makes sense.At this stage they might be ok.
The bad weather In the past month or two has seen much more colds and flus and this may have affected some Sentiment.We should try and live life as normally as possible but be vigilant and be sensible.
We could end up with a major economic slowdown if there is a national hysteria. Good leadership and reassurances are needed.We learned last week that special units are available in hospitals in DublinBut more will be needed down the country e.g. hospital rooms should have outward ventilation only was a policy in Canada when the Sars outbreak took place, so good planning is needed in the health service and give public reassurance to good care.
We learned of a new word or phrase in the past week called self isolation if you have flu, which makes sense, all we can say is stay safe and be properly informed.