Most people know who David Walsh is but, for the record, best selling author David is from Slieverue and is chief sports writer for The Sunday Times. He is a four-time Irish Sportswriter of the Year and a three-time UK Sportswriter of the Year.
However, not many people know that David began his journalistic career with The Leitrim Observer newspaper. He joined the regional paper in 1978 and was appointed editor before he was head-hunted by the late, lamented Sunday Press.
Last week, David was reminiscing about his time in Leitrim and revealed that within days of his arrival in Carrick-on-Shannon, he played for Saint Mary’s in the Senior Hurling County Final. 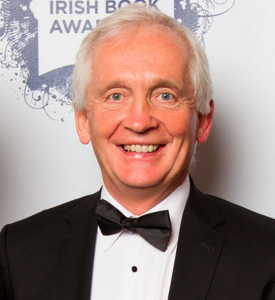 A man from the County Council arrived in the newspaper office and asked him was it true that he was from County Kilkenny. David replied in the affirmative and was told: “Right. You’re in at left-half forward on Sunday.” On the basis that he was from Kilkenny and was surely at least a reasonable hurler, David Walsh played the only adult hurling game of his life. St Mary’s won and he still proudly shows his medal when asked if he has any sporting achievements of his own!