Sad to report that Jimmy Atkins, once a very big name in popular music in Waterford and Kilkenny, passed to his eternal reward last week.For over five decades, but especially in the 1950s, 60s, 70s and 80s, the Jimmy Atkins Band was one of the most sought after combos for weddings and dinner dances across a wide area of the South East.Jimmy, a native of Ballincrea, Slieverue but a resident of St John’s Park in the city for most of his life, originally set out as a traditional musician and he and Ferrybank’s Michael Coppinger, later to be leader of the all conquering Royal Showband, were both members of the Slieverue Ceili Band. 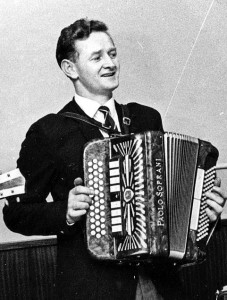 Jimmy later moved into popular and dance music but never forgot his roots and there was rarely a gig when he wasn’t called uponto perform something from his dazzling ceili repertoire.As music moved into the new cabaret lounges in the early 1970s, it provided yet another outlet for Jimmy, a talented accordion player and excellent singer who, with his band, entertained and delighted a new, younger audience. To his grieving family, my deepest sympathy.