Home » Opinion » Tales of the Tellurians » Don’t slam the door!

Over the years I have literally sat through thousands of court cases and I think I am correct in saying that Irish judges do not send people to jail lightly.No wonder then that a case reported in the Virginia Pilot regional newspaper in the US caught my eye. Before the court on a relatively minor matter was a 20-year-old man who was sentenced to 90 days in jail by Judge Stephen Mahen. 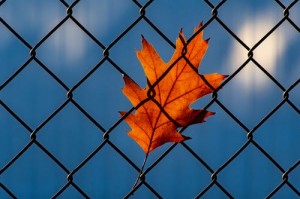 The defendant’s 18-year-old girlfriend was so upset at seeing her boyfriend in custody that she ran from the courtroom slamming the door behind her. Some minutes later, realising that she had left some of her belongings behind her, she returned only to be called up before him by the Judge.

Why had she banged the door, he asked. She supposed it was because she was so upset, answered the girl. Right, said the Judge, and immediately sentenced her to 10 days in the slammer for contempt. Tough or what?
At present, there is not enough accommodation in our Irish system to handle the current numbers. If everybody who banged a door or some other similar gesture were jailed there would have to be a BIG building programme.