Will the Government get back in is a big topic on people’s minds. The polls suggest no and a minority Government may be the result with Fianna Fail looking good in the polls so far to lead the next government. They have rejected a grand coalition with Fine Gael although offered by Fine Gael. The Greens may have 10 seats plus, Labour short of the same number, add in the Social Democrats and that would be 20 seats. 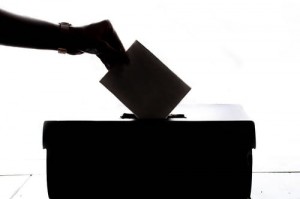 A few independents might do the job, otherwise it could be a confidence and supply agreement with Fine Gael and the Taoiseach is open to that option. Sinn Fein should get in excess of 20 seats but Fine Gael and Fianna Fail are reluctant to go into power with them, even though it happens around county councils.One thing is sure is that we will have two new names in Waterford with John Halligan not standing, another councillor is anxious to take his place namely Matt Shanahan.John Deasy’s retirement leaves the way open for a new Fine Gael face representing Waterford.
Sitting TDs David Cullinane and Mary Butler look fairly safe to get back in is the general viewpoint and will be favourites.There will be a great battle between remaining candidates John Cummins and Damien Geoghegan for the Fine Gael Seat, also.Fine Gael are making the most of their achievements in Government and the New Ross bypass is one of those.They are making the point that North Wharf development may not be carried out if new possible FF Government pulls it, but is in Fine Gael manifesto. Labour’s John Pratt may do well. As Mayor of the county and city this will stand to his advantage.
Labour could benefit from a national swing to that party as could the Greens and Marc O Cathsaigh is another dark horse, that could benefit from the national swing as he did in the local elections.Where will the Halligan vote go? Some could go to Sinn Fein, Labour and Greens but Shanahan hopes he will get the most benefit.Canvassers and Bookies are putting Shanahan in for a seat and even the third seat. The Greens hope to be there too for the tussle over the final seat.Transfers could go in many directions and determine the last seat assuming FF,FG and Sinn Fein get a seat each.
There will be some change though with new faces.At the end of the day though will there be a cabinet seat in Waterford? The chances on this are not good.This is very important and is there a candidate that can reach a Ministry appointment? That will be a key point for the future of Waterford and the south east. We all know the priorities in health at the hospital, the University, housing, transport and a better share of the national cake. And fairness, this is foremost among all voters, regardless of party persuasion.
.