Farmers losing out amidst Brexit stasis

It has been a crazy week in British politics even if, thankfully, it appears a no deal Brexit has been avoided after days of often confusing voting in the House of Commons. However, farmers are already being hit hard with prices for cattle and sheep dropping over the past 12 months, with no sign of matters improving either.But there was some good news from Agriculture Commissioner Phil Hogan, who addressed the Navigating Global Trade event on Friday last and stated that the Commission stands ready to support farmers in a no-deal Brexit. 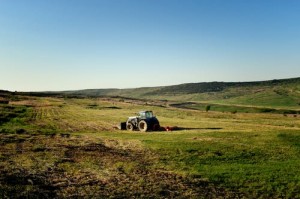 When asked by Irish Farmers Journal editor Justin McCarthy at the conference if he could give farmer’s assurances that the Commission would put in place the tools that would nullify the impact of tariffs, the former Kilkenny TD stated: “That’s exactly what our intention is”.
Commissioner Hogan added: “We are confident that we will have the necessary tools to help our farmers in our market situation as well as in our income situation…I hope (the British) come on board, we’ve had enough instability and uncertainty. It’s beggar’s belief that the UK and its public representatives still don’t understand that the EU works together.”
Commissioner Hogan outlined seven or eight tools available that would be mobilised in helping farmers in the event of a no-deal Brexit.
He continued: “We’re not going to find ourselves in a situation talking at a time where we don’t know the political outcome of the negotiations, we don’t know what the tariff schedules are going to be in spite of the efforts by the UK to try and frighten people this week and I think that farmers need the assurances that these are just proposals. This is only the start of a process and their market situation will be underpinned by market measures in the same way that we’ve done in the past.”
One would hope that lobbying from Northern Ireland will force the DUP to ultimately support the Withdrawal Treaty, but their MPs in Westminster seem to be over influenced by other pro-Brexit MPs, regardless of the consequences of a hard Brexit (or worse) north and south. Ulster farmers also being hit badly by this stasis given the animals and product movement across the border.Last week’s UK announcement on possible tariffs after leaving EU with no agreement would mean no tariffs on Irish products going North but transported directly to Welsh or English ports, tariffs would apply. It’s a baffling and illogical prospect.
Poor planning and trying to placate the DUP is at the back of this. Staying in the Customs Union is the obvious alternative to guaranteeing no border but there’s little chance of that happening.If the UK idea on tariffs via the North went ahead, there would be a smugglers boom and more ferry traffic passing through ports in the North: is that a DUP idea for extra jobs, we wonder? A dangerous game is being played. Japanese car manufacturers have decided to leave the UK and international banks have relocated some operations to mainland Europe or Dublin. Brexit is already seismic and one can only hope that there will not be further fallout. Will sense prevail in London this week? We can only hope so.