Members of the vibrant Waterford-Filipino Irish Community are proud to call Waterford their home and regularly organise and participate in a variety of events.
There are almost 200 Filipinos living in Waterford City and its environs. The majority work in the medical sector within the locality as nurses and health care assistants for example. Handiego Gayeta (known to his family and friends as ‘Jigs’) is Vice President of the Filipino Irish Community in Waterford. He is thoroughly enjoying his life in Waterford and his job as Clinical Nurse Manager 1 – Operating Theatre at University Hospital Waterford.
Jigs arrived in Waterford in 2005.Prior to his departure for Ireland, he had worked at one of the biggest and busiest hospitals in the Philippines, located in the country’s capital city Manila.
He worked in a similar position to that which he now holds in Waterford, but says the job is not very well remunerated in the Philippines. 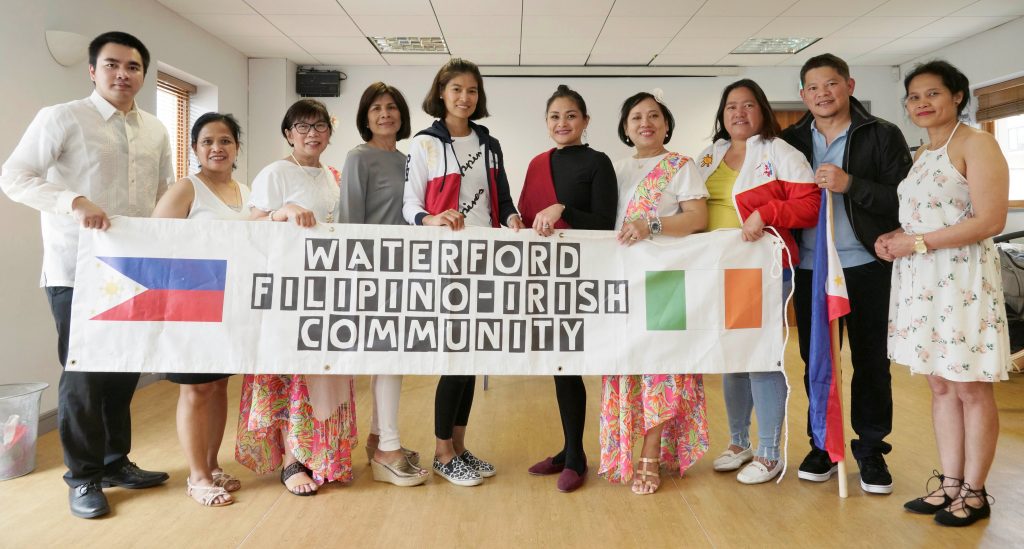 He vividly recalls arriving in Waterford on a dark and cold November evening. Jigs was surprised to note that there were very few people around the city – a stark contrast to life in cities in the Philippines which are heavily populated and where there’s an abundance of nightlife. He arrived as part of a larger group, which included fellow Filipino nurses, and says he was very excited to work and live in a new location. After completing his relevant training, and once he had obtained his licence to practice, he was able to assume his position.
A year after he arrived in Waterford, his wife Fely, also a nurse, travelled over from the Philippines to begin a new life in Ireland. The couple have three children.Their eldest, who was born in the Philippines, is preparing to enter third year at De La Salle College while their two youngest boys, who were both born in Ireland, are pupils in St Declan’s Nation School.
Integration
Jigs explained that the Waterford Filipino-Irish Community aims to help Filipinos integrate into life in Waterford.
The group provides an important outlet for Filipinos living and working in the area to regularly meet and interact with each other. Jigs became involved almost straight away after arriving here. He said he was eager to get involved and was happy to help in whatever way he could. Following the most recent election of officers, he became Vice President of the Waterford Filipino-Irish Community. He explains that this position involves organising different events and promoting and showcasing the Filipino tradition and culture. Members of the community have been active participants in the Waterford St Patrick’s Day Parade and have won plaudits for their participation.They have won numerous Special Commendations and, this year, they were delighted to receive recognition for their efforts by being named Best Community Walking Entry. “Everyone involved was happy to be part of the parade,” says Jigs. “It’s important to be involved in the local community here in Waterford and that’s what we aim to do. This is the place where we live and this is the place where will stay. Our children are happy to be here and this is their home.” Jigs says the Filipino community in Waterford appreciate the friendliness of the local people and the safe environment in which they live.
Socialising
Earlier this year, members of the Waterford Filipino-Irish Community were invited to attend a nationwide Filipino celebration, ‘Santa Cruz’, which was held in County Kildare. Members from Waterford also attended a gathering of Filipino representatives in Dublin on June 12th to celebrate and mark the country’s 121st Independence Day. An Independence Day Celebration was also held in Waterford. A recent hugely successful event which also took place locally was the Waterford Filipino-Irish Community Sports Fest. This one-day event brought together many Filipinos living in the South-East. Some Filipinos based in the UK also attended.
“The main purpose of event was to provide solidarity and camaraderie within the community,” explained Jigs.
He says there is a constant stream of new Filipinos arriving in Ireland and Waterford and he believes it’s important that they have an outlet and an opportunity to socialise and integrate.“It’s a great way of getting to know each other,” he says. The event, which was staged at the Cill Barra Sports Centre, also featured different food stalls. Teams from throughout the South-East participated. Basketball is in fact the most popular sport in the Philippines and Jigs says it has been his favourite game since he was very young. “When the event was advertised, many other counties wanted to get involved,” he explained. There were many offers of support on the day and all involved were delighted to welcome Philippine Consul Mr Raymond Garrett.
Cllr Eddie Mulligan (FF), who also attended the event, praised the organisers as well as the wider Filipino community in Waterford. “The basketball tournament was a central theme for a get together of the community who make a huge contribution to life here in Waterford,” he said.“So many work in the hospital and are so proud of Waterford and Ireland. It was great to interact with so many and get an insight into their proud traditions and culture.” 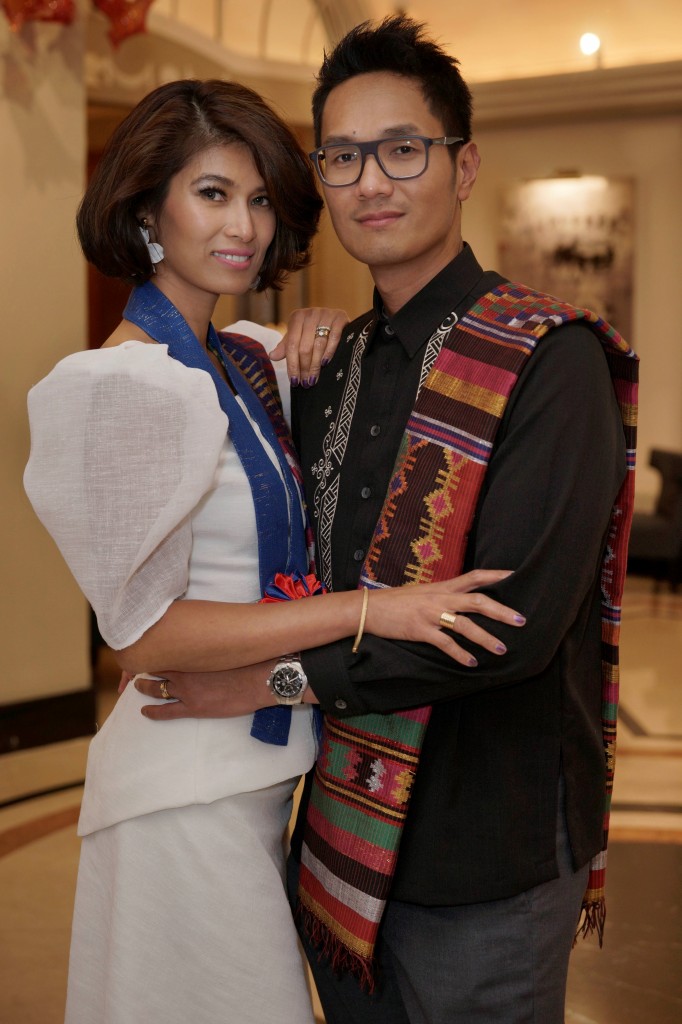 Jigs hopes that Waterford can become the base for similar events in the future. Another upcoming event is the family barbeque which will take place in the Ballinamona allotment area on August 24th from 12pm onwards.
All members of the local Filipino community are encouraged to attend, bring some food and participate in some traditional games as part of the festivities. There are also plans to organise basic life support training for the non-nursing officers within the Filipino Irish Community in Waterford. Jigs, who says Filipinos love dancing and partying, explains that an annual Halloween event is organised as well as a hugely popular Christmas party.
Last year, the community’s Christmas party was held at Treacy’s Hotel and featured plenty of food and music as a large crowd gathered to celebrate together.
Similar cultures
Most people in Waterford have probably encountered some Filipino healthcare workers, but how and why have so many Filipinos ended up working in the healthcare sector?“It is a devotion,” says Jigs, who comes from a family of nurses. “Nursing is a popular job in the Philippines. We love caring – that’s the Filipino culture. We work very hard. Even under pressure we can work harmoniously with colleagues.” Jigs believes Filipinos and the Irish are quite similar in some respects. “Filipinos are friendly, very hospitable and we are family orientated,” he says. “The Irish are also easy going and generally very friendly.” He says he loves his life in Waterford, as do his fellow countrymen and countrywomen who are also living here. “We are absolutely happy to be here in Waterford,” he says. “It’s a very good place. We have friends in Dublin and they are really jealous of Waterford. Accommodation here isn’t that expensive compared to what they’re paying in Dublin. Waterford is a very good location.” Jigs recently returned from a trip to the Philippines. However, he says he doesn’t get to visit often due to the expense involved.
Future plans
Don Karim says he is also very proud of Waterford and takes great pride in showcasing the area to others.
“We are proud residents of Waterford,” he said.“This is now our home.”He explained that the Waterford Filipino-Irish Community plans to hold additional events in Waterford.“We could bring crowds from other counties to see what Waterford can offer when it comes to facilities like the WIT Arena and so forth,” he said.
Currently, members fund their activities themselves so they would appreciative any offers of support.
Members of the Waterford Filipino-Irish Community are certainly making a valuable contribution to life in Waterford in many different ways.Their enthusiasm, vibrancy and willingness to integrate are truly admirable and they will hopefully receive all of the necessary support required to continue their varied activities.
To keep up to date with activities, visit the Filipino Irish Community in Waterford Facebook page.