Home » Opinion » Foley on File » Fitness for All

A range of innovative local classes are helping older people to get active, proving that age is no barrier to keeping fit.
WITH January now behind us, the novelty of New Year’s fitness regimes may be starting to wane for some.
Everyone can encounter difficulty in maintaining motivation levels, but the prospect of ‘getting fit’ can prove particularly daunting for older people or those living with certain conditions.
However, there are a number of innovative techniques being offered locally which clearly show that exercising is for everyone and doesn’t have to involve the use of intimidating weights or extreme yo-yo dieting.
Peter Kirwan recently opened his impressive new Health, Fitness and Wellbeing Studios in Fiddown.
The well-known and popular physical therapist from Kill has extensive experience of working with numerous sports teams. 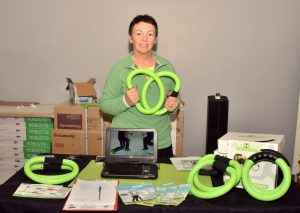 Smovey coach Tina Kennedy: “If you don’t use it, you’ll lose it.”

He says he has now gone “full circle” with his work as his focus on overall health, fitness and wellbeing means that he is preventing people from having to attend physios as they can now “self-help” instead.
Peter says people are now seeking a more rounded approach to keeping fit.
“There are already loads of gyms so we wanted to completely get away from all that and offer classes based on ‘health fitness’ as opposed to pumping heavy weights,” he said when explaining his decision to open in Fiddown.
The aim at the Health, Fitness and Wellbeing Studios in Fiddown is to bring many different elements under one roof, creating an all-encompassing and holistic approach to keeping fit.
All of the classes in the Fiddown studios are health based and there is a particular emphasis on catering for older people – an overlooked demographic when it comes to health and fitness according to Peter.
“We’re living longer, but not in as healthy a condition. It’s not just about adding years to your life, but adding life to your years,” he said. 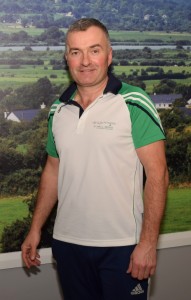 Peter Kirwan: “It’s not just about adding years to your life, but adding life to your years.”

“Many older people are put off by the idea of getting fit and the word ‘gym’ scares a lot of people. There’s very little for older people when it comes to health and fitness and many have problems with their back, hips, joints, and it’s all because of immobility.”
He continued: “People often speak about reaching pension age, but never think about what their physical state will be when they reach that stage. We always think financially, but there’s no point having money if your body is not in any shape to enjoy it and you can’t go on holidays, play golf, or do any of the things you want to do and go to any of the places you want to go.”
Peter says many men who have had tough, physical jobs all their lives are “crippled” by the time they reach retirement – something which is especially evident with farmers.
“Some have very bad posture and have been walking on hard concrete every day and not lifting properly,” he explained.
He is pleased that Yoga and Pilates classes are now proving increasingly popular amongst older men including farmers– something which would not have been as common some years ago.
Specific classes are held in Fiddown for older people such as Chairobics with John Whelan and classes which focus on overall wellbeing with David Wade.
Chairobics, which is a fun way of exercising in a relaxed atmosphere, consists of a compilation of low impact routines which are customised to increase balance, strength and flexibility.
Most of the exercises are performed sitting down.
John Whelan says many people can benefit from Chairobics, including seniors; arthritics; the semi-mobile; and anyone interested in improving their general fitness level.
He says it’s never too late for anyone to improve their fitness and health.