Home » Opinion » Foley on File » Mother on a Mission

Mother on a Mission

Mari Carmen Postigo recently established the Waterford Dyslexia Group and is striving to raise awareness of the condition and obtain greater services for local children.
DYSLEXIA is a specific learning difficulty which makes it hard for some people to learn to read, write and spell correctly.
It’s estimated that around one in ten Irish people have a form of dyslexia.
Many people involved in dyslexia advocacy believe there is still a huge lack of awareness surrounding the condition and a need for greater services for children in schools.
Mari Carmen Postigo, who resides in Tramore, has embarked on a campaign to highlight the need for improved services for children with dyslexia in Waterford. 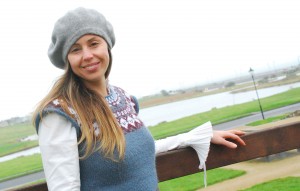