South East Radiotherapy Trust (SERT) recently marked ten years in existence.
Established in November 2005, SERT provides vehicles which are driven by groups of local volunteers from Waterford, Dungarvan, Kilkenny, Clonmel, and Wexford.
Volunteers transport cancer patients who require radiotherapy to the treatment units at the UPMC Whitfield Cancer Centre, Waterford and to Cork University Hospital, free of charge.
However, this service provides a lift to cancer patients in more ways than one.
When the service was first established, there was a limited number of treatment centres in the country open to public patients.
“At that stage we recognised that there were a lot of patients who had to travel long distances and stay in St Luke’s Hospital in Dublin for example to undergo radiotherapy,” explained Chairman of SERT Dr Gordon Watson. 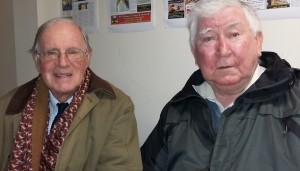 “Some patients were making the choice between taking more radical surgery because of the difficulties in having to travel. Recognising that, we tried to do something in order to transport patients for their radiotherapy from Waterford to St Luke’s and also to Cork.”
However, shortly after the establishment of SERT, Whitfield Clinic in Waterford began providing radiotherapy treatment.
Now, about 30 per cent of the patients that access radiotherapy treatment at Whitfield avail of SERT’s service.
Patients are collected from their home, or a specified meeting point, and are transported to either Whitfield or Cork in one of SERT’s seven seater vehicles.
There are currently seven SERT vehicles in operation throughout the South-East region.
In total, there are approximately 150 drivers who are all volunteers.
Each volunteer drives a vehicle around once a fortnight, but this service does not simply transport patients from A to B.
The service provides many different and worthwhile benefits to users, as Dr Watson explained.
“The service provides ease of access to treatment. It’s a great way to ensure that patients get their treatment and their relatives don’t have to worry about transport arrangements,” he said.
Additionally, the service provides comfort and reassurance for patients, some of whom may be suffering from radiation sickness.
“The patients enjoy a terrific sense of camaraderie and they learn from the other patients who might have more experience,” explained Dr Watson.
“They can talk with the other patients and there is a great deal of support. We’ve carried out feedback studies and the patients often mention that they gain from speaking with other patients. The drivers, coordinators and all the volunteers get a great sense of fulfilment at having achieved something for their comrades.”
The running costs associated with the service are a challenge for SERT, including maintenance and insurance costs.
However, SERT has received significant support from businesses across the region including many factories and trade unions.
All involved with SERT are extremely grateful for this support and, this year, they hope to replace six of their seven vehicles and plan on purchasing these vehicles from within the region.
SERT’s team of volunteers across the region are consistently involved in various different fundraisers.
Last year, SERT benefitted from the Bluebell Festival at Curraghmore in Portlaw and in 2014 the charity was one of the beneficiaries from the Festival of Motorsport in Piltown. 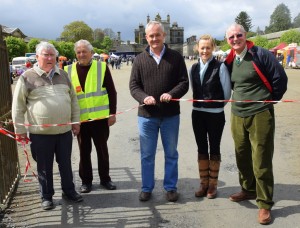 Dr Watson paid tribute to all of the volunteers associated with SERT and all who support the charity.
“It’s amazing to see how people contribute to us. We have been very fortunate,” he said.
“We may have transported somebody’s relative or friend and they offer to do something in return such as organise a coffee morning, a fashion show, or run a marathon.”
Volunteer Henry Moloney, who has been involved with numerous charities and fundraising activities in Waterford for many years, has witnessed the impact which the service has had on service users.
“To be picked up at your home is a huge advantage for those people,” he said.
He paid tribute to all of the volunteers as well as Dr Watson and Joan Boland.
“Our fundraising committee and volunteers are among the best in the country. Everyone puts their heart and soul into the job and all money which is raised goes directly towards providing the service.”
He continued: “When Dr Watson outlined his vision, we began to get to work on it immediately. I thought that it wouldn’t get off the ground but we kept on pushing.”
Recent revelations involving some charities shocked many people throughout the country.
However, all involved with SERT are keen to stress that all money which is donated goes directly towards the provision of services.
“There have been so many scandals involving charities, but I want to reassure people that 100 per cent of what they give goes into the running of the service,” he said.
SERT provides a fantastic service for the South-East and long may it continue throughout 2016 and beyond!
For more information on SERT visits www.sert.ie or call 051-848877. To donate, contact AIB Bank, Tramore, Sort Code: 93-42-91, Account Number: 02359089. 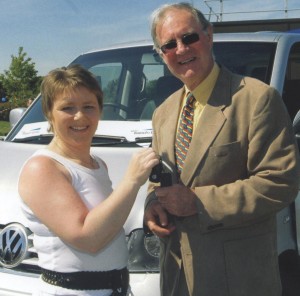