Home » Opinion » Foley on File » 'Get involved' with Copper Coast

'Get involved' with Copper Coast 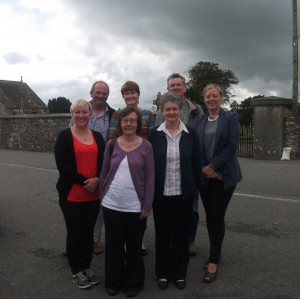 HIGHLIGHTING community endeavours is a key role of a local newspaper.
This is something which is currently being highlighted in ‘The Local Eye’, a new TV series on local newspapers which will be broadcast at 7pm each Thursday on RTÉ One until Christmas.
Each week, local newspapers throughout the country go to great lengths to publicise the fantastic efforts which are being undertaken by volunteers in many varied community groups.
The ‘Get Involved’ competition recognises the symbiotic relationship which exists between local newspapers and local community projects.
‘Get Involved’ is a sustainable communities initiative developed by 51 local newspapers throughout Ireland and is a way for local communities all over Ireland to work together to improve their own lives, create local jobs, and protect the environment.
Local newspapers such as The Munster Express are in a great position to coordinate local sustainability projects as they have the best interests of communities at heart.
The Munster Express was delighted to partner with the Copper Coast Geopark as part of this year’s ‘Get Involved’ project.
This year there is €12,000 worth of bursaries available to winning projects.
‘Get Involved’ 2015 aims to inspire and stimulate community collaboration through voluntary efforts and to foster ‘green’ and ‘social impact’ enterprises, to build local resilience and generate new and sustainable livelihoods.
The initiative has focused on the following eight areas: Energy, Food, Nature/Biodiversity, Ecotourism, Water, Resource Efficiency, Sustainable Employment, Community Impact.
Last year, The Munster Express partnered with the Friends of St John’s River project as part of the ‘Get Involved’ competition.
This group of enthusiastic volunteers regularly meets to carry out improvement works in the area in and around St John’s River in Kilbarry.
Their endeavours have contributed to a significant change in the image of this area which is increasingly used as a leisure facility.
Their efforts have enabled numerous boat meetings to take place along the river and volunteers have also constructed a slipway to improve access to the river.
The hard work of volunteers was acknowledged the ‘Get Involved’ 2014 awards ceremony in Athlone last February where volunteer Brian Simpson accepted a prestigious award on behalf of the Friends of St John’s River team.
The Copper Coast Geopark represented an ideal partner for The Munster Express for this year’s ‘Get Involved’ project.
Since its inception in 2000, the European Geoparks Network has emphasised the growth and promotion of geo-tourism as a means of contributing to the sustainable development of Geopark territories.
This form of special interest tourism is now regarded as an emerging global phenomenon with an educative function.
What sets the Copper Coast Geopark apart from other Global Geoparks is that it is a social enterprise managed by volunteers, many of whom are local and whose vision is for a thriving and sustainable community in the Copper Coast.
They aim to help create employment and enterprise opportunities to generate economic develop through sustainable tourism and supporting local arts, crafts and food producers etc.
One of the most interesting aspects of the Copper Coast Geopark is the community collaboration which the project fosters in the local villages of Annestown, Boatstrand, Bonmahon, Dunhill, Fenor, Kill and Stradbally.
This community collaboration is particularly evident through the innovative ‘Networks for Nature’ project, which aims to educate schools and empower local communities, Tidy Towns groups and schools to appreciate and enjoy the benefits of biodiversity habitats.
Each village in the Geopark will create two biodiversity habitats from common areas in the village that are currently mowed.
One will be planted with different Irish wild flowers, while the other habitat will be left to grow naturally.
Local school children will learn how to conduct a science project by performing a flora and fauna audit of each site at the start of the project, a second audit at spring time and a final audit at the start of summer.
This will allow the schools to compare the different plants, animals and insects between the sites as well as learning about how plants and flowers grow through the seasons.
By bringing the seven communities together the schools will also be able to compare the flora and fauna in the seven villages arising from differences between coastal and inland habitats.
The Geopark’s ‘Networks for Nature’ project will help strengthen links between the seven villages to share ideas, and create further opportunities to work together.
It’s hoped this project will mark the beginning of many future village collaborative projects in the Geopark area.
Tourism is another huge aspect for the Copper Coast Geopark, and with so much on offer it’s easy to see why.
From the dramatic beauty of areas such as Tankardstown, to the picturesque beaches and coves, the Copper Coast is a jewel in Waterford’s crown.
The Munster Express has been delighted to feature the projects which are being undertaken along the Copper Coast Geopark and we look forward to hearing the verdicts from the ‘Get Involved’ judges’!
For more information on ‘Get Involved’ visit www.get-involved.ie.