Home » Opinion » Tales of the Tellurians » Guests who approach piano players in bars!

All gigging musicians got a smile out of a recent encounter between a piano player/singer and an elderly American man in Killarney’s Park Hotel.Noel O’Sullivan was playing his usual set in the lounge when this elderly, bald man sitting at the bar came up to him several times to tell him about the background of the songs he was singing, adding that Noel was a good player. When he was leaving, the Yank (as they call Americans in Kerry) approached Noel again and left a €10 note on the piano to have a drink and told him never to forget that he was ‘good’. 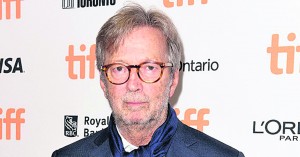 It was only after the gig was over that the hotel manager casually said to Noel that his admirer and minor ‘nuisance’ had been none other than Mike Post, the multi award-winning Grammy and Emmy composer. This was the man who, among many other things, composed the theme tunes for television series like Hill Street Blues, The Rockford Files, Magnum PI, and The Greatest American Hero. As a producer, arranger and conductor, Mike Post has worked with some of the world’s biggest recording artistes. Noel has a great story to tell but he’s raging that he didn’t get a selfie!

The incident reminds me of the time when Waterford piano maestro Bernie Flanagan was playing a residency at Waterford Castle. One week, he spotted a male guest watching him intently every night as he played. On his last night in The Castle, the guest approached Bernie, complimented him on his playing and started a conversation about the merits of various makes of grand pianos. When he mentioned one particular brand, Bernie became quite animated telling the man in no uncertain terms that such pianos were pure shite and not to waste his money on them. “Right,” said the guest, “I won’t buy one of those so.” It was only the following day that Bernie discovered he had been talking to superstar Eric Clapton.