Island is being devoured by goats 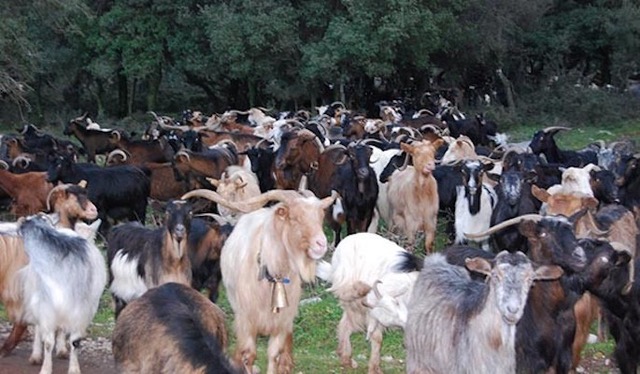 Some time ago on this page, I wrote about how small herds of goats were making a lot of money for their owners in the United States and in some parts of Britain and Europe. Basically, goats will eat and chew almost anything so when local authorities want urban sites with difficult terrains cleared for consturction, they hire in the goats who do all the hard work in a relatively short period of time. 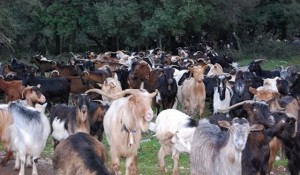 However, the Greek authorities reported this week that one of their small, off-shore islands was being literally eaten into a lunar-type landscape by tens of thousands of hungry goats. Samothraki is a beautiful island in the northern Aegean Sea that is being considered for UNESCO Biosphere Reserve status. The only problem is that the goats are out of control and outnumber human inhabitants by more than 15-1. They can be spotted on rooftops, in trees or on top of cars as they scour the landscape for anything to eat.

Mountain herding is still a way of life on Samothraki but with just 3,000 inhabitants and over 50,000 goats, regional authorities have found it hard to build a local consensus on how to deal with the problem.