No, your eyes are not deceiving you, John Delaney is seeking the US Democratic nomination to battle it out with sitting President Donald Trump in next year’s election.
However, the John Delaney in question is not the former FAI chief, rather a 56-year-old former US congressman for Maryland and, at the time of writing, one of a diminishing group of people seeking the party’s nomination. 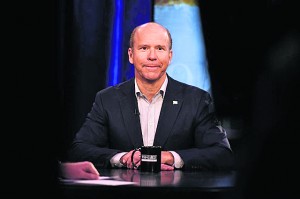 John Delaney (56) is an American attorney, businessman, and politician who is running for President of the United States. A Catholic, he describes himself as three-quarters Irish and one-quarter English. It’s not clear where in Ireland his connections are but the surnames Rowe and Lynch also figure in his family tree.

According to US polls, there is no clear leader among the 12 remaining candidates with Joe Biden and Bernie Saunders slight favourites. The big question for the Democratic Party is whether or not either of them could defeat President Trump who is presiding over one of the best economies the US has had for years.