As we begin 2020, the biggest theme is going to be climate change actions.Ireland is way behind in many aspects from electric public transport vehicles for trains and buses to public transport policy in the regions and encouraging farmers to use less fertisiliser and promoting wetlands. 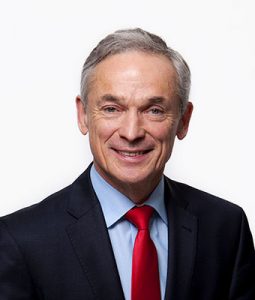 The Minister for Communications, Climate Action and Environment, Richard Bruton, is calling for interested parties to register with their expressions of interest into doing an Climate Action Plan. This is the government’s plan to secure a healthier, cleaner, more resilient Ireland for future generations.
A key challenge to meeting our climate commitments is financing the changes needed to make the transition. The Climate Action Fund, which is primarily funded by a levy on oil companies, will leverage a multiple of the €500m committed to it by government. Under the first round of the Scheme, Minister Bruton approved up to €77 million for 7 projects – which will leverage a total investment of some €300 million.
Minister Bruton said: “The opportunities in a low carbon economy are vast with a big payoff for our economy and society. However a key challenge is mobilizing people to act. We need innovative projects which can overcome the barriers, build networks of good practice and act as flagships for others to follow.”
Details on how to take part can be found on the Departments website. The expectations of the scheme are listed so a pipeline of worthwhile projects can be put forward . It will also inform the criteria for the full call for applications in the coming months.
An information session for interested parties will be held in in early February 2020. Here are some examples
• ESB eCars Up to €10 million is being provided to develop a nationwide, state-of-the-art electric vehicle charging network capable of facilitating large-scale electric vehicle uptake over the next decade.
• Gas Networks Ireland: GRAZE Gas – Green Renewable Agricultural Zero Emissions Gas Up to €8.5 million is being provided to support the installation of the first transmission connected Central Grid Injection (CGI) facility for renewable gas and a grant scheme to support circa 74 compressed natural gas vehicles.
• Irish Rail: Hybrid Drive for Inter City Railcar fleet Up to €15 million is being invested to design new hybrid power-packs for intercity railcars to reduce diesel use and greenhouse gas emissions. Following the proof of concept in one three car train, the hybrid power-packs will be implemented across the wider fleet.
• Local Authority Public Lighting Energy Efficiency Project Up to €17.5 million will be invested to retrofit all remaining 326,000 non‐LED Local Authority public lights to high efficiency LED Lanterns. Public Lighting accounts for approx. 50% of total energy use and based on the application, the project could deliver emission reduction of over 40,000 tonnes of CO2 from electricity generation per annum.