Baby Adam Waszkiewicz has returned to Tramore from London after undergoing experimental heart surgery.
CHRISTMAS 2018 will be extra special for one Tramore family who have been through more than most families will ever have to endure. Adam Waszkiewicz was born in May 2017 – however his first 18 months have been anything but smooth for him and his family. During the 18th week of pregnancy, Adam’s parents Jan and Kate were told that he had complex heart issues. “It was a huge shock,” recalled Jan. 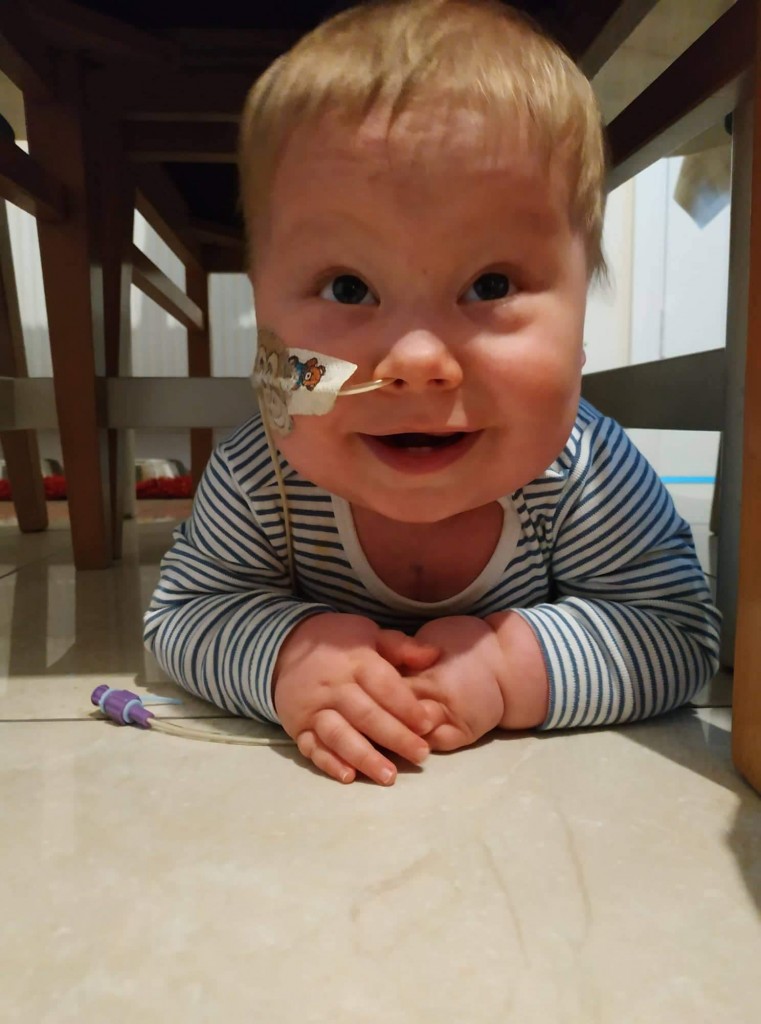 Baby Adam: “Every time we see Adam’s smile we know that we did the right thing,” says father Jan.

Kate was sent from University Hospital Waterford (UHW) to the National Maternity Hospital, Holles Street, Dublin for a more detailed scan where a number of serious heart issues were discovered.Unlike the joy of her pregnancy with son Simon, Kate could not enjoy her pregnancy with Adam due to the constant worry and uncertainty. “Each time we went to Holles Street we were told we have to be prepared that he might die,” she explained. “Each week they were surprised he was still growing but said he probably wouldn’t survive to birth.”
Adam’s delivery was scheduled for May 29th. “We were told he would die in the womb or die a few minutes after delivery. We were asking for even a one per cent chance but he was given no chance,” said Jan. Kate asked if she could bring clothes for Adam in preparation for after he was born but the couple were told to prepare for the worst. However, they remained hopeful and true to their values and, after delivery, Adam surprised everyone as he was breathing by himself without any support.
On the same day, he was moved to Our Lady’s Children’s Hospital, Crumlin.The outlook still remained bleak but the hope which had existed in Jan and Kate during the pregnancy still existed. “We were told he probably wouldn’t survive the week,” said Jan. However, Adam continued to surprise everyone and the medical staff strived to establish a course of action. He was sent home with his parents to Tramore for three days but had to return to hospital as his condition deteriorated. Medical staff prepared to provide palliative care and the family were told to go home and make as many memories as possible. “Firstly we agreed with them but then we started thinking as parents and said ‘No we have to fight’,” explained Jan. “We made the decision that we would do whatever we could do to save him and sought a second opinion.”
A Professor at Great Ormonde Street Hospital in London, with decades of experience who has worked on many difficult cases, agreed to take Adam. “It’s because of him that Adam is here today,” said Jan.Adam was transferred to London and underwent experimental surgery two days later. After surgery, his condition was a little bit better.However, two weeks after this surgery, his heart stopped and he was connected to an ECMO (Extracorporeal membrane oxygenation) machine for over 10 days. Eventually, his weight began to slowly increase and his overall condition began to improve.After second experimental surgery, he progressed slightly, became stronger and the outlook improved.As he still had some complications, he had to undergo further experimental surgery. 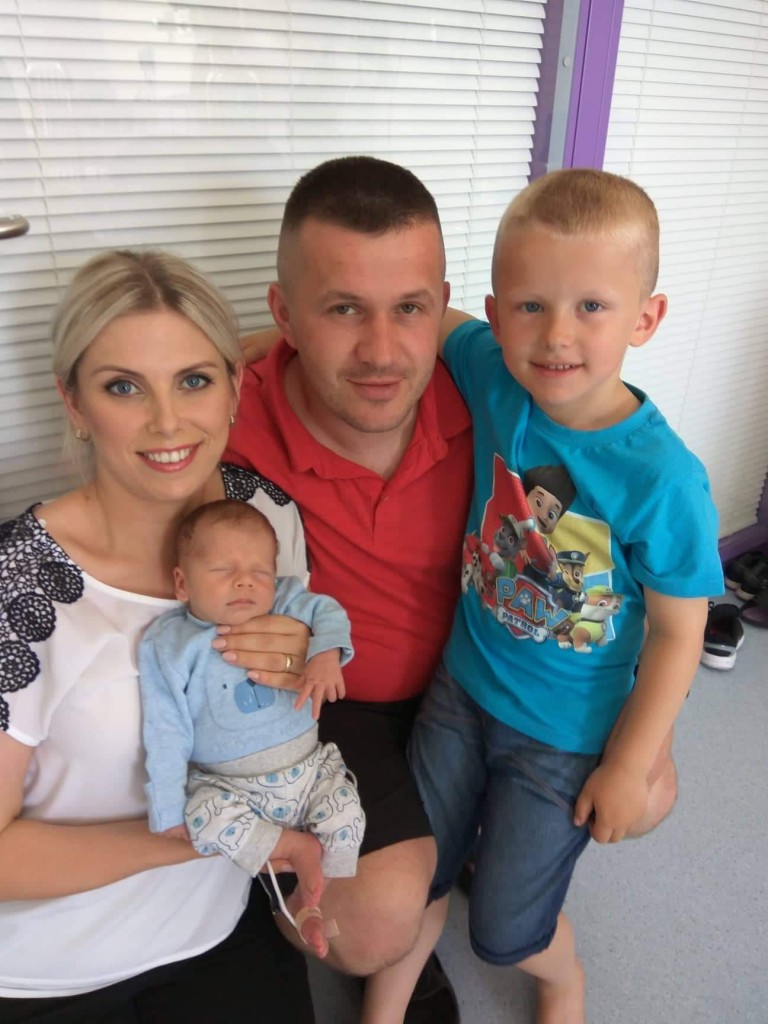 A happy family: the Waszkiewicz family are reunited in Tramore after a harrowing time.

The complications included a clot in his brain which created fear of neurological problems.After Christmas 2017, Adam’s condition improved.He remained in London until September 2018 (a total of 17 months) as he awaited a heart transplant. Kate remained by her son’s bedside in London during this time, however Jan had to return to Tramore for work and for Simon to attend school. Kate never returned home during this time, meaning the family were separated for 17 months apart from the times when Jan and Simon had an opportunity to visit.
In September, Jan and Simon were planning to book flight tickets to travel to London during the Halloween and Christmas holidays when a call came to say that a heart had been found to enable a heart transplant to take place. Jan promptly booked flights to London, packed a case, and he and Simon flew to London once again.
At around 9.30am, as they were getting off a train at St Pancras Station for the 20 minute walk to Great Ormonde Street, Jan received a call from Kate to say the medical staff were coming to take Adam to theatre.
“We were running and I was crying,” recalls Jan.
“When we arrived, the cardiac team were waiting at the front of the hospital for us. Kate was waiting withAdam in the room before theatre so we got to see him before going in.”The surgery took seven hours and everything went smoothly. “Doctors said Adam was a very good case,” said Jan. “The heart of the donor was in the best condition and was the best size. Adam was also in the best condition he could get to. Everything went so quickly and so smoothly that we were worried it may have gone too quickly and too smoothly.”
After five days, Adam was moved to a regular ward and there were noticeable signs of improvement. “His colour was changing and visually he was very good. Everyone was happy,” explained Jan. After two weeks, Adam was transferred back to Dublin from London in the government jet with Kate. He underwent tests in Crumlin and, after three days, was home in Tramore which was his first time home since a brief stint shortly after birth. Now, the family are adjusting to a normal life and looking forward to spending Christmas together as one unit.