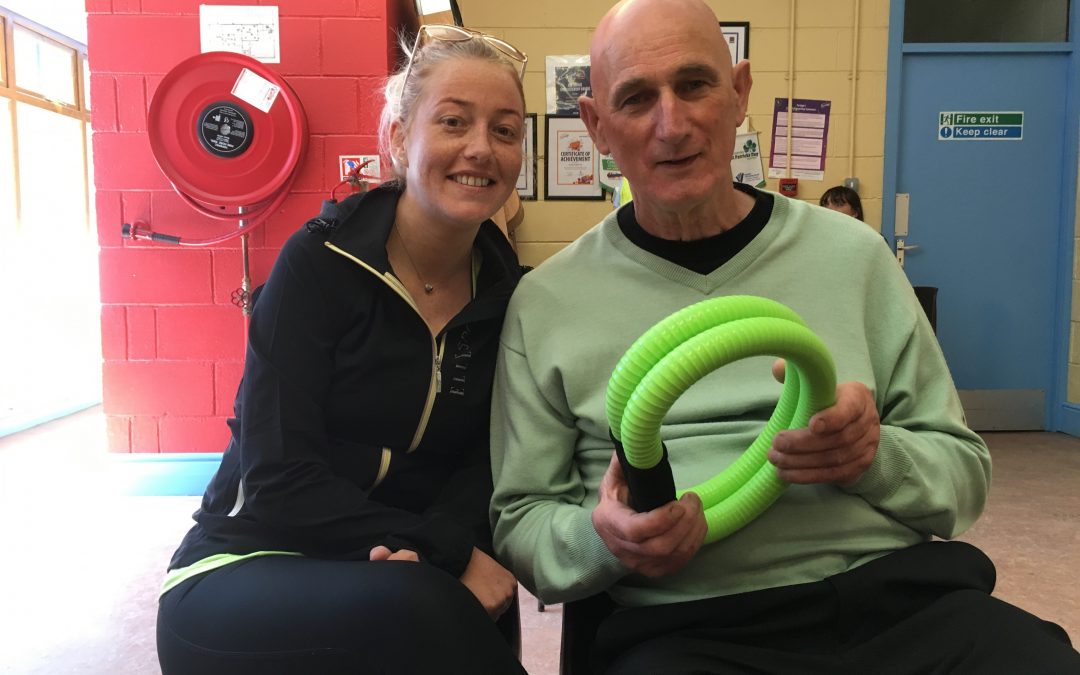 An innovative course in Waterford is transforming the lives of people with Parkinson’s and other neurological conditions. 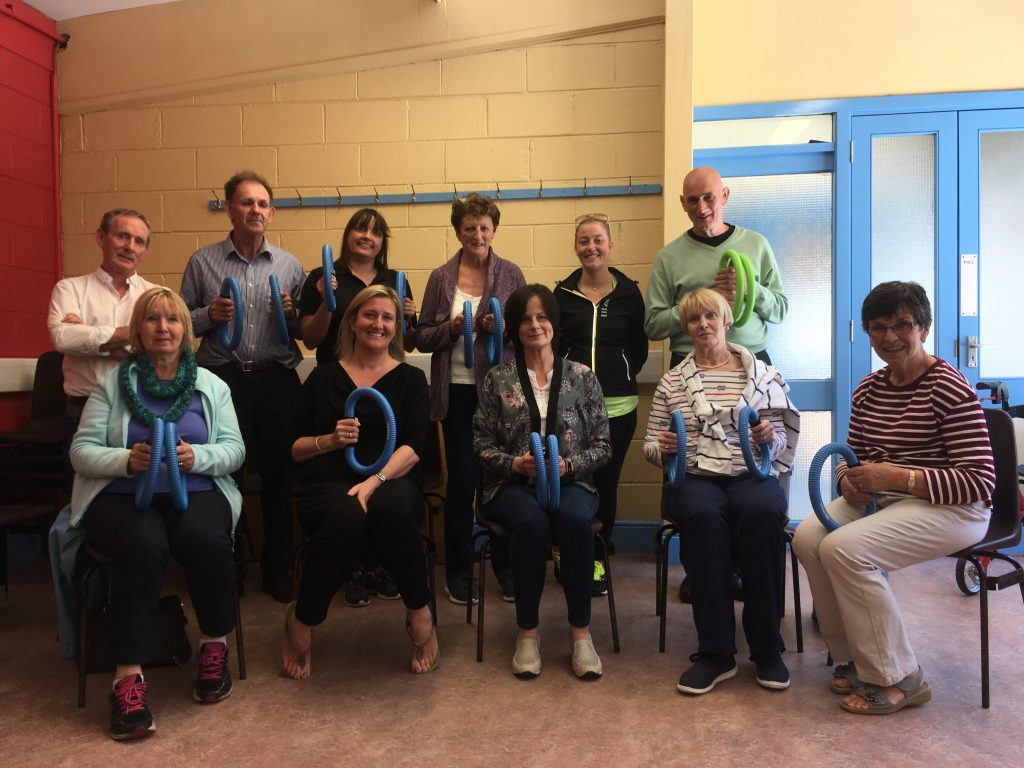 Group pictured with Smovey rings at the final session of the most recent ‘Helping People with Parkinson’s’ course which took place at the Butler Community Centre, St John’s Park.

An innovative course designed to help people living with Parkinson’s and other neurological conditions is generating huge benefits for local participants.
Parkinson’s disease is a progressive neurological disorder which is caused by a loss of a chemical called dopamine.Everyone loses some of this chemical as they get older, however, it is only when people have lost about 80 per cent of their dopamine that they start to have symptoms.Although living with Parkinson’s and other neurological conditions can be very challenging, many people continue to lead active, fulfilling lives and simple measures can contribute to improving their lifestyles. Parkinson’s is classified as a Movement Disorder, as it primarily affects movement, and is variable in its progression.
Fortunately, there are many activities which can be undertaken which can significantly help people who are living with Parkinson’s.
In fact, there are many steps which can be taken to help slow the progression of the disease and even reverse the symptoms. Irene Treacy is Director of Smovey Health and Course Creator of the education and exercise programme ‘Helping People with Parkinson’s’. A five-week ‘Helping People with Parkinson’s’ course recently concluded in Waterford at the Butler Community Centre, St John’s Park. Irene is Ireland’s first Smovey Coach. She is also a PD Warrior and is Parkinson’s Regeneration Trained. Additionally, Irene is a certified practitioner in Neuro Linguistic Programming and a certified Yoga Instructor specialising in people with brain injuries.
Smovey
For more than three years, she has been having remarkable results in her work with people with Parkinson’s who are aiming to improve their lifestyles.Smovey exercises provide a dynamic upper body workout that gets you fit while helping to burn calories and stabilise your back and spine.It has many benefits for people living with Parkinson’s as well as those with mobility issues.Each Smovey ring weighs one pound and includes four metal balls which run freely inside the hollow plastic tubes.
All of the exercises are built around the use of the rings and focus on flexibility, balance, co-ordination and strength training. Engaging in Smovey exercises has brought about significant improvements in quality of life for people living with Parkinson’s and other neurological conditions as Multiple Sclerosis (MS), Stroke and brain injuries.Irene has had to travel to the UK for all the Parkinson’s courses she has participated in. Now, she wants to help and support other health professionals in Ireland with the knowledge which she has gained. There are only five dedicated Parkinson’s Diseases Nurses in the Republic of Ireland compared to 31 in Northern Ireland. To help share knowledge, Irene offers five free places on the ‘Helping People with Parkinson’s’ course to nurses so that further information can be spread.
Throughout the recent five-week programme, participants have heard from skilled and professional tutors each week, including Michael Connolly, Master Neuro Linguistic Practitioner and Clinical Psychotherapist; Dr. Ryan Foley, Physiotherapist specialising in Movement Disorders; Jemma Kehoe Clinical Nutritional Therapist; and Lisa Shine, Speech and Language Therapist who has worked in the Neurology Department of Wexford Hospital and now has her private practice here in Waterford.
All of the speakers have years of experience working directly with people with neurological conditions and all participants in the course have benefitted enormously from these sessions. “I started this course nearly two years ago as it was obvious from working with my clients with Parkinson’s that they had very little knowledge of what they could do to improve their quality of life,” says Irene. “Most just accepted that they had this neurological degenerative disease and believed there was nothing other than medication to help them.” 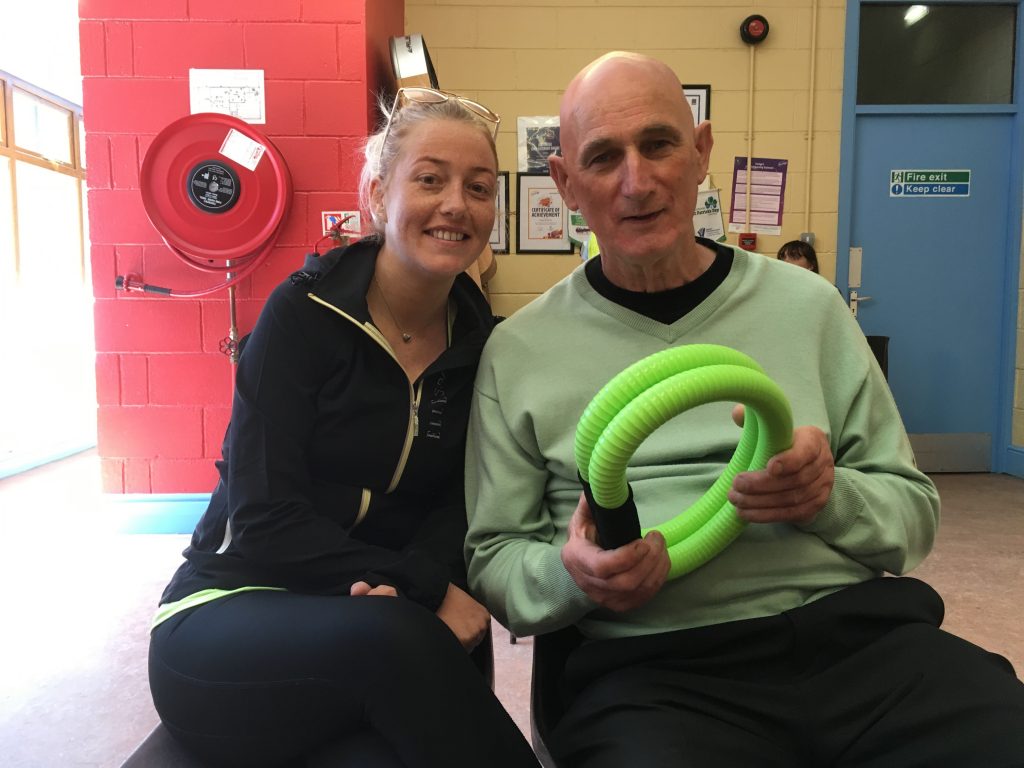