‘First Man’, the new movie about Apollo 11 commander, Neil Armstrong, is receiving some very good reviews.
Starring Ryan Gosling as the first man to walk on the moon, one of the film’s scenes has created another talking point as to whether or not it really happened.
There is a poignant scene in the film on the moon’s surface when Armstrong spends a few minutes alone at a formation called Little West Crater. This is something that, in real life, the astronaut did during the two and a half hours he spent on the moon. 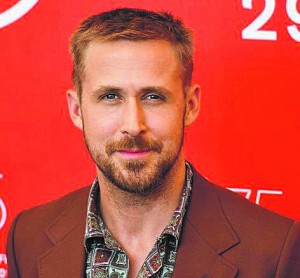 In the film, he drops a tiny bracelet into the crater that belonged to his two-year-old daughter who died from brain cancer. There is no historical record that Armstrong did any such thing but many believe he did. Astronauts flew with what was known as a PPK or personal preference kit which contained any sentimental or otherwise non-regulation items they wanted to bring with them. Those items may have been personal but the astronauts were required to file a manifest detailing precisely what their PPK contained. Armstrong’s has since gone missing! When his sister, June, was asked if he might have left something of Karen’s on the moon, she fought back tears and said: “Oh, I dearly hope so.”
The other incident, not dealt with in the film, concerns a half whispered remark Neil Armstrong supposedly uttered on the moon. “Good luck, Mr Gorsky,” he reportedly said. There is no record of the remark on the official transcript of the voyage but many people at NASA claimed they heard him say the enigmatic words.
For many years, Armstrong refused to answer questions about the remark but, not long before his death, he finally answered a student’s question saying that Mr Gorsky had died so he felt he could clear up the mystery.

In 1938, when he was a kid in a small Midwest town, he was playing baseball with a friend in the backyard. His friend hit a ball that landed in his neighbour’s yard by the bedroom windows.
His neighbours were Mr and Mrs Gorsky and as he leaned down to pick up the ball, young Armstrong heard Mrs Gorsky shouting at Mr Gorsky. “Sex! You want sex? You’ll get sex when the kid next door walks on the moon!” You couldn’t make that up, it has to be true.