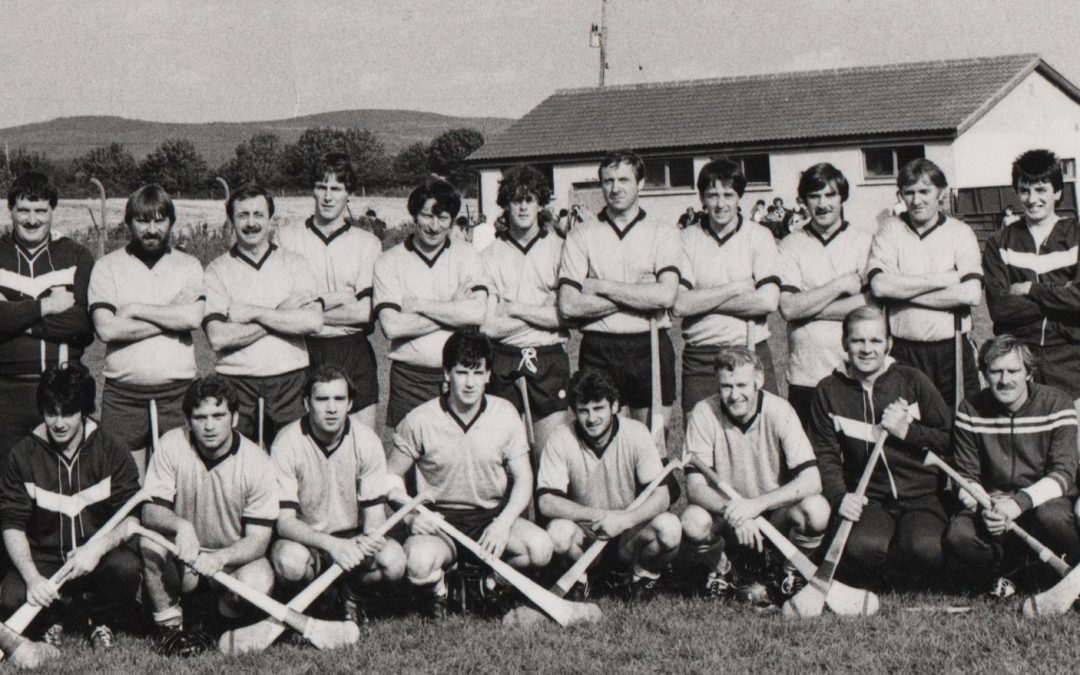 Kilmacthomas will play host to a Mock Wedding Weekend Extravaganza this weekend – a Kilmacthomas GAA Club Development Fundraiser
A fundraiser with a difference will be held in Kilmacthomas this weekend to raise funds for the future development of the local GAA club. The picturesque Waterford village will play host to a Mock Wedding Weekend Extravaganza which is sure to generate great entertainment across both Saturday and Sunday.
The story at the centre of the Mock Wedding Weekend Extravaganza involves the exploits of a local wealthy bachelor farmer as he prepares to marry a young woman who has stolen his heart. However, her true intentions are questionable!The cast of locals includes Lauren Galvin (bride), Michael Hallahan (groom), Killian Power (priest), Pat Dunphy (father of bride), Paudie Pender (groomsman), Keith Mulhearne (bridesmaid), Darragh Power (altar boy) and Nicky Butler (page boy). 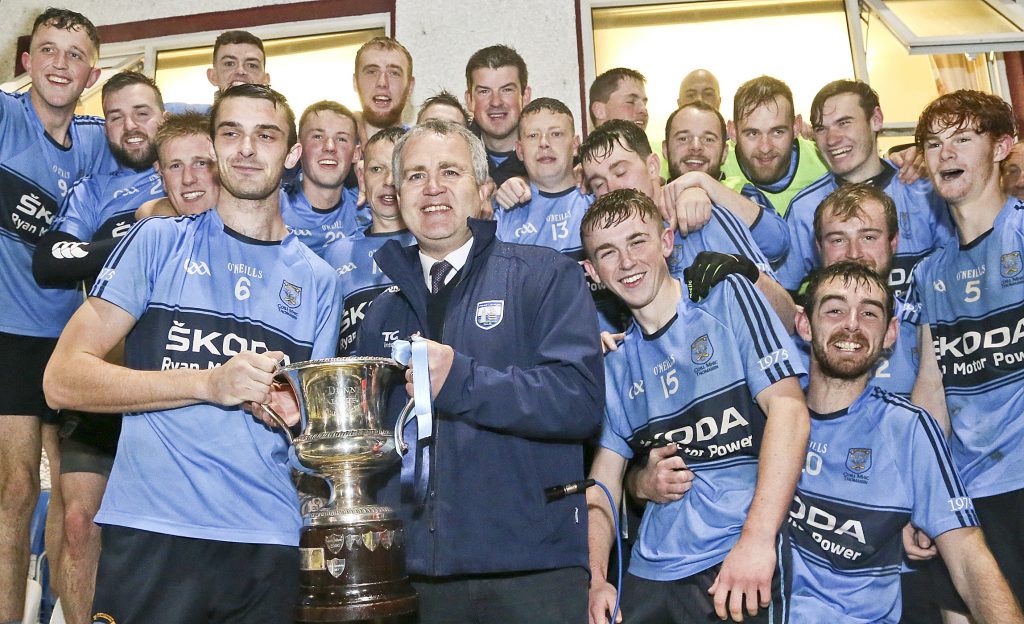 A 5k Fun Run/Walk will take place on Saturday morning to get the weekend’s proceedings underway, starting from the Kilmacthomas GAA Club at 12.30pm with registration from 12pm. Entry is €5, and participants can also raise funds through sponsorships cards. On Saturday night, the village will be taken over by hens and stags who will be preparing for the eagerly anticipated wedding. The hens will begin their adventure at Mosh’s Pub, while the stags will start at The Arches. Both groups will continue their journey up the village’s Main Street, with the hens heading for Danny’s Bar and the stags en route to Kierseys.There will be live music in both venues, a raffle and surprises in store!The wedding’s characters will be proudly wearing sashes detailing their role and sponsor which is sure to generate many talking points!
On Sunday, once all have recovered from the hectic night, the actual wedding will take place at Coach House Coffee with doors opening at 6.30pm. Tickets for this event are €30 each and are available to purchase in Kierseys and Dannys and from GAA Club Treasurer Tyrone Power. In addition to what’s sure to be a brilliant show with howls of laughter, there will be live music from ‘The Waxies’ band as well as refreshments.
Achievements
Recent years have seen huge improvement works taking place at the Kilmacthomas GAA Club site including various electrical works, the erection of new fencing, the purchasing of a new generator, mower, and container.
In 2017, the club obtained funding through a Sports Capital Grant which enabled a number of substantial works to be carried out.The next step is to address the dressing rooms and to improve the showers and overall facilities. Tyrone Power hopes that everyone will get behind their vision and help support the club.
He says his long-term dream is to see the development of the clubhouse into a gym and small hall.
He believes such a facility would complement the nearby Rainbow Hall, and act as another option which would be suitable for hosting smaller events. Keeping the club at the heart of the community, and being part of the positive atmosphere which now exists in Kilmac is key, according to Tyrone. The village and surrounding areas have been on a high thanks to the success of the Waterford Greenway and the ‘can do’ attitude which now pervades.
Success in the Bank of Ireland Enterprise Town competition, improved marks in the SuperValu Tidy Towns competition, and the opening of new businesses have all combined to create a feelgood factor.
“With success, comes success,” says Tyrone. He explains that the club has come from being down in the doldrums to enjoying huge success last year when their footballers regained senior status.
After being relegated from senior to intermediate in 2005, and from intermediate to junior in 2006, the club spent five years at junior level before going back to intermediate where they remained until last year.
Like many GAA clubs throughout the country, Tyrone says Kilmacthomas suffered from the effects of emigration. 2019 is the first time the club has played at senior level since 2005, so Tyrone believes it’s an opportune time to capitalise on this success and to host such an ambitious fundraiser.
Pride of Place
He believes it’s hugely important to have a vibrant GAA club in the village, particularly for young people.
“For the younger people in our community, the GAA club is hugely important,” he says. “Maybe it’s because I’m biased, but I genuinely feel our club is incredibly close knit. There is a real bond within the club which is as strong, if not stronger, than other GAA clubs.” He says the club’s members are happy to help out with community events whenever any assistance is required. Kilmacthomas has played host to numerous community events in recent times which the club has supported, including the official opening of the Waterford Greenway in March 2017. “We’re always happy to support different events,” explains Tyrone, who possess huge enthusiasm for the GAA club and all things Kilmac related.

“We’ll row in as we always like to give back and we’re open to anyone coming to us to ask for help. We’re always looking at how we can give back and the lads get a great buzz from helping out.”
The club is keen to remain at the heart of the community by reaching out to as many others as possible. Recently, club members began visiting the local primary school as part of a coaching programme.
“Players and members of the club are going in and coaching the kids and it’s a great way of getting the kids involved and familiar with our club,” explained Tyrone.Fellow clubman Michael Byrne says all involved with the club possess a wonderful pride of place which he believes is important to continually encourage.
He describes the Kilmacthomas GAA Club as being “part of the fabric” of the village. “One of the first things you see when you drive into the village is the GAA pitch. If you’re on the viaduct and look cross the village you will see it as well,” he points out.
“Our aim is to give people in the village something else to be proud of and to give the local children something to aspire to when they see the facilities and see the success so that they too want to be part of the club.”
He says the club is fortunate to have so much support within the locality.
“We’re very appreciative to our sponsors as we know that we’re not the only ones looking for sponsors,” he says. Michael says their sponsors, and other locals, are also keen to support other ventures as well.
For example, the Confined Members Draw was established at the start of the year and is progressing very well.
Around 70 people are signed up to the draw and lend their support by paying €5 a week or €20 a month.
Tradition Many local families are ingrained in the history of the Kilmacthomas GAA Club
The Power name is synonymous with the club and Theresa Power is known to everyone in local GAA circles and beyond.
Her four sons Ned, Johnno, James and Derry have worn the Sky Blue and Navy over the years.
In 1970 a group which included Theresa set up a juvenile club in Kilmac, which she became secretary of.
In 1984, Theresa contested and won the mayoral electoral fundraiser in the club in which she saw off some strong competition from five other candidates. In 1988, she became chairperson of the adult club – a position she held for three years – and then went on to represent the club as a delegate to the county board meetings and coordinated the ‘Déise Draw’ for the club in which she raised much needed funds.As part of a special booklet compiled to mark this weekend’s Mock Wedding Weekend Extravaganza fundraiser, Theresa was asked to outline some of her most cherished memories from her involvement with the club down through the years.
“The GAA is part of my family. It has kept me sane when things in life were getting me down. Off the field, I have made some of the greatest friends I could ask for through the GAA,” she explained.
“A highlight has been watching my sons wear the Sky Blue and Navy and do their best for the club. Another highlight was winning the hurling championship in 1993 and winning the intermediate football and U21 titles in 2001. I didn’t think I’d ever see better than that until 2018 when I watched Kilmac do the double and I got to see my grandson give a Man of the Match performance in the football county final.” She was thrilled to see Kilmac regain their senior status and is looking forward to a bright future. “Great things lie ahead for that bunch of lads. They better keep it up if they know what’s good for them!”
For further information on the Mock Wedding Weekend Extravaganza, and to purchase tickets, contact Tyrone Power on 087-1234110.