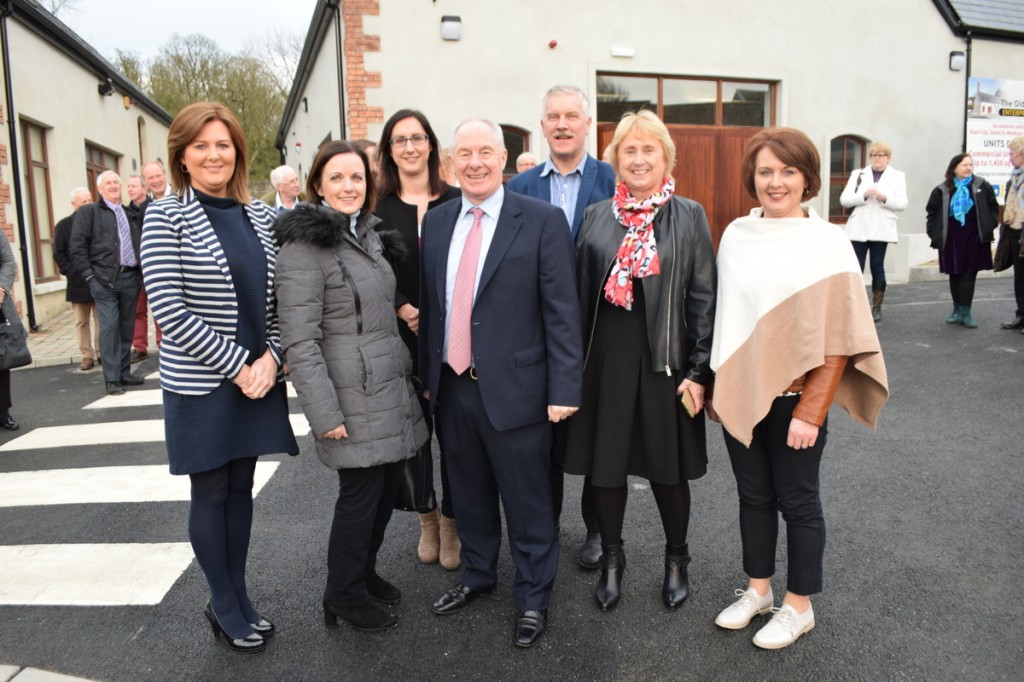 PICTURESQUE Piltown is certainly punching above its weight in terms of community spirit, pride of place and entrepreneurial activities.
Although the village was bypassed in 2002 with the opening of the upgraded N24, Piltown has managed to retain a vibrant atmosphere combined with a quaint charm. Boasting a number of remarkable achievements, Piltown is a community which others in the region and throughout Ireland could certainly learn a thing or two from.
A perfect example of Piltown’s entrepreneurial spirit and strong community ethos can be seen with the phenomenally successful Iverk Show.
In late August, crowds from throughout Ireland and beyond will once again flock to the area for the 193rd staging of what is Ireland’s oldest agricultural show.A strong sense of community spirit will be on display as volunteers from throughout the parish and surrounding area work together to stage one of the largest such shows in the country. While Piltown and its hinterland remains a strong agricultural area, this is also a very enterprising area which has admirably taken matters into its own hands regarding job creation.However, achieving this status as such an enterprising community did not come about by chance.
Many individuals in the area have worked in a collaborative manner to bring about change and to improve, preserve and promote their local area. In 1980, Piltown GAA ran and developed a very successful ‘Big Draw’ which was the first of its kind in Ireland.
Subsequently, the club decided to stimulate and encourage the development of an enterprising culture in the parish of Piltown and, in 1987, decided to run a ‘Start Your Own Business’ competition which resulted in Piltown Community Enterprise being created. A voluntary committee was established consisting of ten members drawn from local groups and organisations and possessing a wide range of experiences and skills.The Mission Statement of Piltown Community Enterprise is ‘to create, promote and develop a culture of enterprise in our community, by providing support, facilitates, infrastructure and the environment to encourage business development and job creation in start-up and small business.’
Since its formation, the group has gone on to achieve all this and much more besides. Many successful businesses were fostered at the Fiddown Enterprise Centre, built on a site with funding from the local GAA and businesses, the IDA and a bank loan. The building, which had subsequently been extended to 10,000 square feet, was later sold to T. Butler Engineering which ensured that the company and its jobs could remain in the area.Following its sale, Piltown Community Enterprise purchased the Old Creamery Centre, located in the heart of Piltown village, which had entered a derelict state. In 2011, with job creation once again becoming an issue within the community, Piltown Community Enterprise undertook the task of renovating this building with the aim of creating incubation units for start-up businesses. Due to its historical and heritage value the tall chimney on the Old Creamery Building, and part of the structure, had to be maintained which posed additional problems and costs.
It was therefore decided to tackle this ambitious project in two phases.
Phase 1 would focus on the existing old building with the chimney, while Phase 2 would centre on the single storey new build to the front and a two-storey building to the rear of site.Work commenced on Phase 1 in May 2014 and was completed in mid-March 2015 with the assistance of funding obtained from Kilkenny Leader Partnership. There has been huge support from within the local area, with many donations being made by individuals as well as through specific fundraising events such as the Festival of Motorsport, Strictly Come Dancing, the Antiques Roadshow and many more initiatives. 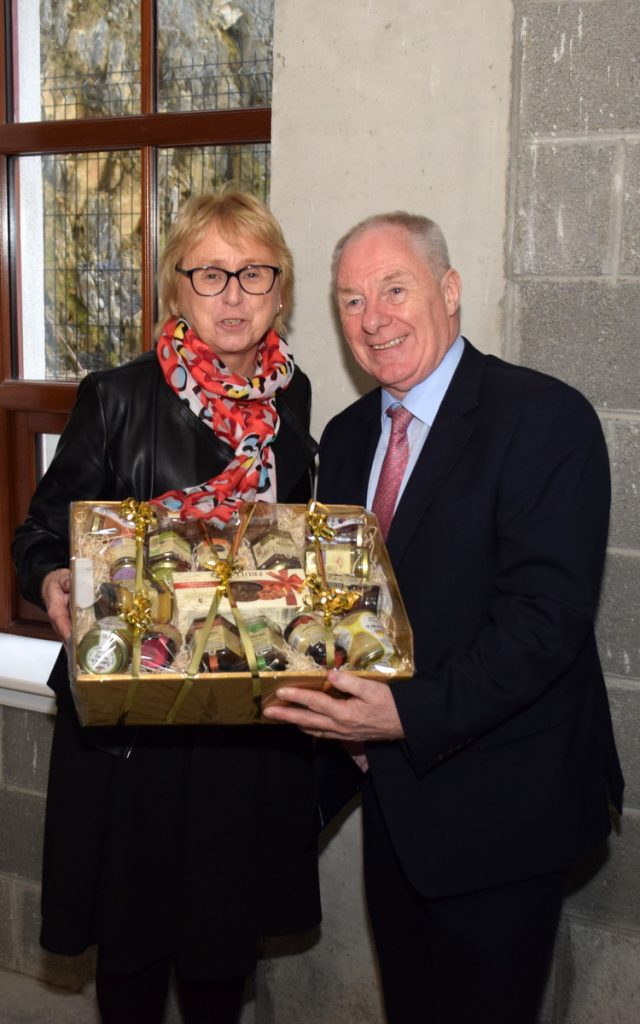 Phase 1 resulted in the creation of a three-unit enterprise centre consisting of 6,300 square feet which is home to three diverse businesses –Audit Associates (pharmaceutical auditor), Lyons Fitness Principles (personal training) and Oak Forest Mills (spelt flour milling).
Cakeface had been located in the centre but, in a perfect example of the benefits of business incubation, moved on to a bigger space after expanding. Not prepared to rest on their laurels, and heartened by the response to their efforts, the committee embarked on Phase 2 and, under the 2017 Town and Village Renewal Scheme, obtained funding of €200,000.
Phase 2, which has added a further 2,580 square feet, became a reality thanks to this funding, the group’s ongoing fundraising initiatives, and the assistance of Kilkenny County Council. It was officially opened by Minister for Rural & Community Development Michael Ring in March. The committee members are currently examining potential uses for this new unit and hope that a suitable business will locate within the building and generate approximately ten jobs.Overall, it’s hoped that the Old Creamery Enterprise Centre will then support around 20 jobs.
However, along with providing incubation space for start-up businesses, the project has had many additional benefits for the area.
A prominent building with considerable heritage value has been preserved and rejuvenated and has brought welcome activity back to the centre of the village.
As the centre can be viewed from the road through Piltown, many visitors to the village comment on the attractive building and the remarkable transformation which has taken place. What was once a commercial hub in Piltown, has now been returned to a bustling centre of enterprise once again.Piltown Community Enterprise Treasurer Anne Marie Power says the project has had a ripple effect by fostering an enterprising spirit and an appetite to create jobs. In recent times, Piltown has been active in both the Bank of Ireland National Enterprise Town Awards competition and the Pride of Place Awards.
“Many people who are not from the area, but have moved here, compliment Piltown on how active it is, how community based it is, and how much is going on here,” says Anne Marie. Piltown Community Enterprise Liaison Officer Gerri Hickey says there is a great sense of achievement in looking back at what has been achieved. She has observed how members of the local community have become proactive in their own right. “People are walking around the village themselves and noticing things that could be done,” she explained.
“And anyone that we’ve asked for help from, they’ve given it willingly.”
In addition to the Creamery Enterprise Centre, members of Piltown Community Enterprise have also been active on a number of different projects and regularly link in with other groups.
Information evenings and courses have been held and the committee have been actively involved in an entrepreneurial competition which is run with Piltown National School.Members of the local community are kept informed of the activities of Piltown Community Enterprise through the distribution of newsletters.The committee produce a quarterly newsletter which is delivered to every house in the parish by a team of volunteers and also uploaded online. The purpose of this newsletter is to keep every person in the community informed of the activities of the Piltown Community Enterprise group.Additionally, three editions of the Piltown Business and Services Directory have been completed.
This is intended to generate business and increase awareness of local businesses operating within the area. The Directory includes the details of around 100 businesses and acts as a showcase for the diverse range of services which are available.Original board members Eddie Blackmore, John Maher, Eamon Meade and Billy Norris are still part of the current board. One of the biggest supporters of Piltown Community Enterprise was the late Johnny O’Shea of O’Shea Farms who was the founder Chairman in 1987. As a passionate advocate for all things Piltown, he led and guided the association for more than 30 years and instigated and oversaw many projects.
“He really loved this area and he helped so many people,” said Gerri.
“It was such a pity he wasn’t here for the official opening,” added Anne Marie.“Even the Minister made reference to him on the day.”
O’Shea Farms donated a sculpture entitled ‘Tempus Fugit’ in March 2017 which is made from 4,000 year old bog oak sourced in the bogs of Ardclone. Situated on the approach road into the village from Fiddown and Waterford, the sculpture certainly makes an impression and indicates to visitors that they are entering a well-looked after and cared for area.
So, if you haven’t visited Piltown for a while, then ensure that a trip to this South Kilkenny gem is on your next ‘to do’ list.And don’t forget to attend what is certain to be one of the best days out this summer – the Iverk Show on Saturday August 24th.