Reviving a once popular Tramore cove

It’s great to see interest growing in the potential revival of Tramore’s Foyle Beach and Cove, a once popular area below The Doneraile, which is within proximity of The Pier. At Monday night’s Metropolitan District meeting, a motion was due to be tabled by Councillor Joe Conway (with the support of Cllrs Blaise Hannigan and Joe Kelly) seeking a “sensitive evolution” of the area, which he has identified as “an important yet precarious part of Tramore’s heritage”.
Senator Grace O’Sullivan (GP) has also spoken enthusiastically about reviving the area, and Tramore natives living abroad have also expressed their willingness to contribute to a potential fundraising campaign. The original steps to the cove were installed by Lord Doneraile to permit his family access the area, but they have long since fallen into disrepair due to a combination of storms and a lack of maintenance.
The Newtown and Guillamene Swimming club co-operates very well with the City & County Council in terms of both maintenance and development and provides a good model for what may be required to revive the Foyle Cove/Beach. 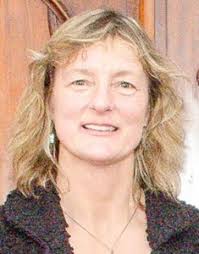 The area would make for a welcome local swimming option, and kids could explore the rock pools and catch crabs with barnacles as many locals did in their younger days.While it would cater for much smaller numbers than the main beach, it’s a proposal worth pursing from both a tourism and heritage perspective, with Cllr Conway calling for a survey which would identify architecture and cost-specific matters specific to the area.
Senator O’Sullivan has noted the considerable levels of coastal erosion at the location, which would suggest the necessity for an Environmental Impact Study. A restoration project could well be costly, but a survey, as suggested by Cllr Conway, could identify the prospect of access to special heritage funding.
On a positive note, Senator O’Sullivan said that Tramore has made several positive advances and a project at The Foyle would further enhance the town’s attractiveness and would surely elevate The Doneraile’s profile.
Cllr Conway’s motion notes the Council’s objective “to identify structures of vernacular architecture” and its commitment “to protect such structures”. A survey of the area in question would, at the very least, inform City Hall about what can and ought to be preserved, in addition to re-introducing the area as an attraction to both swimmers and tourists alike.
Cardiac march numbers illustrates public frustration
The turnout at last Saturday’s march for improved cardiac services in the South East was the most sizeable in several years and underlines the public impatience with the ongoing wait for a second Cath Lab at University Hospital Waterford. Perhaps greater communication from the local TDs who have also invested a great deal of their own time on the matter would help allay the concerns which thousands of concerned citizens clearly still have when it comes to this issue. Of course actions speak louder than words, but an update from Waterford’s TDs and Senators, which we believe is in the offing, would be most welcome.