Revving up your anniversary Bike Run

The 2018 Kenneth and Wayne Scannell Memorial Bike Run takes place in South Kilkenny this Saturday June 23rd. A SPECIAL bike run takes place this weekend in memory of two local brothers.
The 2018 Kenneth and Wayne Scannell Memorial Bike Run, which has proved hugely successful since its inception, will be held this Saturday June 23rd.Kenneth (Kenny) died in a road traffic accident in 2007.“Kenny loved motorbikes,” explained his sister Sabrina.“He supported all of the local bike runs and loved going off for spins with his friends. A few months after he passed away, we decided to stage a bike run in his memory.”The family decided to raise funds for the paediatric ward at University Hospital Waterford, (as Kenny had previously participated in the Toy Run held in support of the unit) and since the first bike run was held in 2008 over €40,000 was raised for the paediatric unit.However, tragedy struck once again when Kenny’s brother Wayne died in December 2012.After Wayne’s death, the family considered discontinuing the bike run. 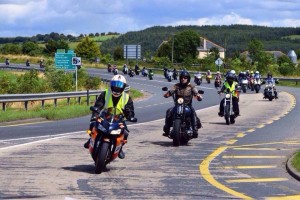 However, encouraged by the support received from the public, they decided to hold a bike run in memory of both brothers and so the Kenneth and Wayne Scannell Memorial Bike Run came into being.
This year’s event marks 10 years since the bike run was first staged in memory of Kenny and five years since the event became the Kenneth and Wayne Scannell Memorial Bike Run in memory of both.
All funds raised from this bike run are donated to Waterford City River Rescue (WCRR).The Scannell family have developed a close relationship with those involved with WCRR and were delighted when the group named their training vessel ‘KennethWayne’.“Proceeds from the bike run have been used to purchase the ‘KennethWayne’ so now we can actually see what the money raised from the bike run has created,” said Sabrina. “A lot of people are now sceptical of donating to charities, but we are confident because we know that all funds going to them are being used. And WCRR get audited every year because they are registered.”Sabrina praised the work of all of the volunteers associated with WCRR.
“They all volunteer and whenever there’s an incident they drop whatever they’re doing and off they go,” she said.Sabrina is hoping that the bike run will be well supported once again this year.
“Since 2008 we’ve had great support. We’ve had fantastic turnouts, and we’re getting even more interest this year,” she said.“We’ve had absolutely amazing support from the biking community and local businesses that have given us gift vouchers as spot prizes. The weather has always been kind to us in the past as well. There’s always a great atmosphere and children love sitting up on the bikes and getting photos taken.”The bike run has the support of Gardaí in Waterford and Kilkenny and the Red Cross.Organisers have gone to great lengths to ensure that safety is paramount and numerous marshals will be present at the event. “We’ve worked very well with the Gardaí and they have been pleased every year with the organisation and layout of the bike run,” explained Sabrina.
“All of our marshals are handpicked, and a meeting is held before the bike run where rules are set out. That’s how we’ve built such a good reputation for the bike run over the years. Many children come along each year so it’s good for them to see this emphasis on safety as, when they grow up, if they continue their interest in bikes they will know the rules involved.”
In previous years, the Kenneth and Wayne Scannell Memorial Bike Run has travelled from Waterford City to Youghal and back again.In recent years, the route has remained in the South Kilkenny area.
This year, the bike run will begin at the Rhu Glenn, Slieverue and travel along the old N9 road onto Kilkenny Castle and then back down the M9 to the Rhu Glenn. After the bike run has been completed, there will be a Benefit Night at The Briar Rose, Ferrybank beginning at 8pm featuring a raffle and some fantastic spot prizes and music by The Moonshine Band. Sabrina is encouraging everyone to support this Saturday’s event.“The majority of the bikers have been with us from day one and we really appreciate their support,” she said.
Anyone that would like to come along and follow the bike run in their car is also encouraged to do so and everyone is welcome to The Briar Rose for the get-together afterwards.
Sponsorship is currently being collected but donations can also be made on the day. 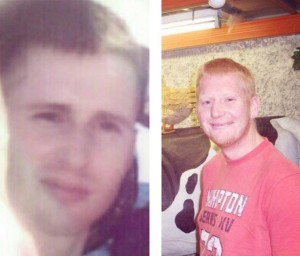 Commenting on the event, PRO of WCRR Richard White said: “We are delighted and extremely fortunate to have been chosen once again as the beneficiaries of this event. As always we rely totally on the generous donations of the public and the dedication of our voluntary crews to provide this rescue service along the River Suir.”In light of recent controversies concerning charities, Richard issued an assurance that all funds raised for WCRR are used correctly.“We would like the public to know that we are a registered voluntary non-profit organisation and all members give their time voluntary. Our accounts are audited annually which is a requirement under Irish legislation. We can assure you that every cent donated goes directly into training and maintaining/upgrading our personnel and equipment,” he said.“Having aspired to and passed CRBI and Irish Coast Guard assessments (which are conducted regularly) means that procedures and standards must be maintained to provide this professional service. With the aid of the Irish Coast Guard paging system we are always ready for any incident on a 24 hour basis 365 days a year. A minimum of €20,000 must be raised each year to help with the normal running costs of our unit, and events like this bike run give our crew a little break from fundraising which is also part and parcel of being a member of most voluntary units. The Scannell family have taken on the entire organisation for this event for which we are most grateful.”Richard is encouraging everyone to support this Saturday’s event.“We hope that as many people as possible can spare the time to take part in this event,” he said.“We greatly appreciate the hard work that goes into organising this event each year and wish to thank the Scannell family, their friends and supporters. We extend our sincerest thanks to them for holding this event which is dedicated to and in the memory of their loved ones.”

Registration and sign in will be held at the Rhu Glenn from 12.30pm and the bike run will depart at 2pm.
For more information or to obtain sponsorship cards, check out the ‘Kenneth and Wayne Scanell Memorial Bike Run’ Facebook page or contact Sabrina Scannell (087-1928799) Lorraine Scannell (085-1139016) or Sinead Murphy (087-2135496). More information on Waterford City River Rescue can be found on the ‘Waterford City River Rescue CRBI’ Facebook page or on www.waterfordcityriverrescue.ie.