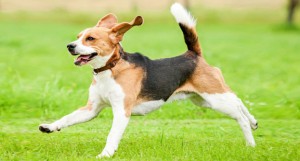 Animals' ability to find a way home continues to amaze.

We’ve all heard amazing stories about dogs and cats that have become separated from their owners yet, somehow, found their way home across many miles and obstacles.
Well, scientists have been trying for many years to determine exactly how the animals navigate the highways and byways and have come up with some answers that they think are probably correct.
Two years ago, we had the case of a cat that found its way home taking two months to cover 200 miles. The cat was micro-chipped so there was no question as to the validity of the feat.
The dog that was stolen but still found its way home from about 15 miles away is just one of many such instances.
It seems cats rely more on magnetic fields and there are studies that show their ears contain iron that helps them tune in.
That might also explain why cats are apparently able to sense the imminent arrival of earthquakes and why they hightail it out of the area at risk. Incidentally, pigeons are thought to navigate in more or less the same way.
According to the scientists, dogs rely mostly on scent but their ability to follow a scent trail is much more sophisticated that was previously understood.
If the wind is in the right direction, 15 miles is not out of the question for a dog and they also have a clever way of extending their scent range by moving among overlapping circles of familiar smells.
For instance, they might pick the scent of a familiar person or animal that lives or travels close to their home and it all helps in the end.
Experts have also learned that many creatures use the sun and the stars to navigate such as birds, turtles and some insects. It appears that the Milky Way is an important navigation point in these cases.