In the coming weeks, many youngsters, along with those Irish now working in our main cities or further afield will return to their native towns, villages and rural communities to celebrate the Christmas season.
Many of them now live busy lives in Dublin, Cork and London and elsewhere with long commutes, developing skills that they’d probably love to put to use in County Waterford and the South East, perhaps with a view to running an online business from home. But to do that would require high speed broadband, a facility still denied to vast parts of the country, as highlighted by a Chartered Surveyors report published last week which highlighted the inadequate level of broadband in ‘small town’ and rural Ireland. 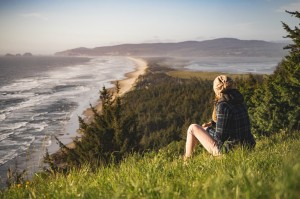 Poor broadband speeds in addition to the closure of bank branches and post offices, shops, in
tandem with the growth of mega out of town shopping centres have undoubtedly accelerated the commercial and economic decline of towns and villages across Ireland.Vacant buildings in many of our towns and villages are crying out for investment and an intensification of the Town and Village Renewal Scheme would be welcome – it remains to be seen how successful the penalties identified in the Vacant Sites Register will be when it comes to collection time from property owners. Population decline is a problem in many rural areas – ask anyone trying to pick a GAA team in a small parish, for example. Perhaps incentivising retirees to return to rural towns and villages from the big cities could be an answer.
Delivering better broadband speeds via mobile technology might also stimulate business start-ups in these locations, where property is cheaper than in major urban centres. Creating some new artisan businesses in food or tourism could be another option.Community shops have also been suggested in the past, if a local store has closed and, as Sean Maher reports on Townlands 76, such an initiative has already achieved welcome success in the South Kilkenny village of Ballyhale. The Chartered Surveyors report says that local authorities must drive forward the rejuvenation efforts in towns within their boundaries.
It could be argued that the abolition of town councils has further reduced local voices but most Tramore-based Councillors believe they’ve been served better as part of the Metropolitan District. The lack of capital grants or loans to develop old property is another problem and the bank crash continues to make borrowing difficult for small business.Incentives such as free rates for small business could act as a stimulus and the Leader programme could be utilised in such community-led local developments. For example. the successes achieved in Dunhill and Piltown provide a template for other local communities to follow.
Businesses attempting to function without high speed broadband is akin to operating with one hand behind your back, said Stephen Purcell of Future Analytics, who authored the Chartered Surveyors report.He believes that fast high quality fast broadband is essential and fundamental for high streets in small towns and has called on the Government to get on with the delivery of the National Broadband Scheme. Fast wireless broadband, such as what’s available in Finland offers an alterative answer for small businesses. Mobile operators must do more for small businesses in our rural towns and villages.