Farewell to the Beast of Listrolin 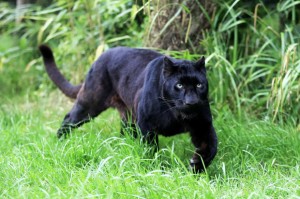 Disappeared from view: the famed Beast of Listrolin.

Alas and alack, it is highly likely that the magnificent Beast of Listrolin is no longer on the prowl.
Following numerous sightings over a number of years in South Kilkenny and just over the river in parts of East Waterford, the mysterious black cat has simply disappeared.
Sightings of the creature that caused so much excitement and discussion were observed in the Piltown, Mooncoin, Mullinavat and Glenmore areas and it was also spotted in locations at Bilberry, Kilmeaden and Mount Congreve.
All the people who reported sightings were adamant that the animal was a cat-like creature and it was compared to a panther by most. There were also reports of people who saw the creature but refused to speak in public about their experience for fear of ridicule.
So, to sum up. Did the creature really exist? Personally, I believe it did and after speaking to quite a few of those who saw the beast, I was in no doubt about their sincerity and truthfulness.
If it existed where did it come from? It is highly unlikely that this was a wild creature that had somehow gone unnoticed beforehand. In the opinion of some, this was an escaped exotic pet imported illegally by the wealthy occupants of one of the many big houses hidden away in rural South Kilkenny.
Where is it now? If the animal perished in the wild it could be years, if ever, before remains were found so we will never really know.
However, people familiar with wild animals in such situations tell me that the most likely scenario is that the animal was recaptured by its owner. It would have always returned to its ‘home’ area and, having been snared by the lure of treats, is probably tucked up in its compound safe and well.
Let’s hope so. The Beast of Listrolin has given us a lot of fun and he/she deserves a happy retirement.