The latest political polls are certainly adding to the drama of the general election which is proving to be one of the most difficult to predict, especially so in the Waterford Constituency.
Nationally, at the time of writing and excluding the ‘Don’t Knows’, Fine Gael are on 27%, Fianna Fail on 22%, Independents and Others on 22%, Sinn Fein on 21% and Labour on 6%.
Also, as I write, the Sunday Independent is predicting the outcome in Waterford as Fine Gael’s John Deasy and Paudie Coffey to be returned to the Dáil. 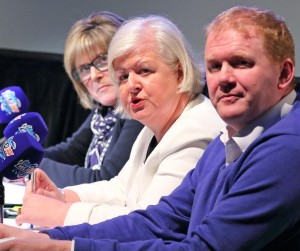 They also have Independent John Halligan retaining his seat and Sinn Fein’s David Cullinane making the breakthrough.
The Sunday Independent thinks Labour’s Ciara Conway will lose her seat and Fianna Fail’s Mary Butler will not retake a seat for her party.
The Irish Times makes a different prediction suggesting that Fine Gael’s John Deasy and Independent John Halligan could be jostling for position at the top of the poll.
The Times also thinks David Cullinane will be elected for Sinn Fein and Mary Butler elected for Fianna Fáil. In other words, it is suggesting that there is a possibility that Labour’s Ciara Conway and Minister of State, Paudie Coffey, will both lose their seats.
A lot could change between now and polling day but, for what it’s worth, my own prediction at time of writing differs from both The Sunday Independent, The Irish Times and any other opinion I have read or heard in the media. Of course, my deliberations are certainly not written in stone so, for the time being, I will keep my powder dry!
Incidentally, we should not assume that Ciara Conway is doomed and neither should we underestimate other candidates like Grace O’Sullivan for The Green Party, Mailo Power for Renua Ireland and Una Dunphy of People Before Profit.
There have been shocks before and one of them could surprise everybody by polling higher than expected. Either way, every candidate will be watching the transfers from the so-called weaker candidates as one or more of them could become kingmaker.
The best advice I could offer readers is not to take too much heed of opinion polls and media predictions.
Trust your own instincts and vote for the person and persons you would like to see in the next Dáil.