Home » Opinion » Tales of the Tellurians » Lip service to the 1916 Rising? 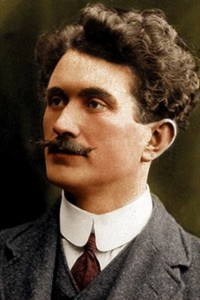 There has been much talk in recent times about the 1916 Centenary yet when one considers the case of Thomas Ashe one wonders is much of the brouhaha nothing more than lip service.
The 32-year-old Kerry-born patriot was involved in the 1916 Rising and went on hunger strike in Mountjoy Jail in September 1917. Later that month, he died from pneumonia, brought on by force-feeding.
Kerry Library owns a substantial amount of material related to Thomas Ashe. The collection was initially donated in 1967 by the then President, Eamon De Valera, and has been added to over the years.
Some items are on permanent display at Dingle Library but important artifacts such as his tunic, beret, shawl, prison shirt and uileann pipes are hidden away out of sight in the archive department.
The reason? Funding could not be secured to pay for the protective display cases that would be needed to put the items on permanent display.
An application for money to buy suitable display cases was made to the Heritage Council in 2014 but was unsuccessful. Up the Republic!