Home » Opinion » Tales of the Tellurians » MY GENERAL ELECTION CALL 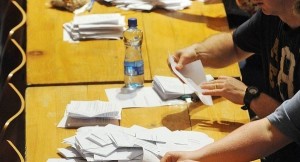 In all my years covering elections, this has been the most difficult one for me to call and I’m tempted to take the easy way out and not make a prediction. But then, I could be denying readers a good laugh at my expense so here goes!
Once again, I would urge readers not to take too much notice of opinion polls and predictions. Follow your own instincts and vote for the people and persons you want to see in the Dáil.
Some of the so-called weaker candidates will do better than expected but won’t be successful this time out.
Sitting Labour TD Ciara Conway would appear to be struggling badly but despite everything there is still a core Labour vote in Waterford.
But is it strong enough? For years in Carlow/Kikenny, Labour’s Seamus Pattison was ruled out by everybody at every election. Yet, somehow, he always scraped home for the last seat. So, while there’s life there’s hope but Labour’s chance this time out appears slim.
For what it’s worth, I think the four seats will be between the following (in alphabetical order) five candidates: Mary Butler (FF), Paudie Coffey (FG), David Cullinane (SF), John Deasy (FG) and John Halligan (Ind).
In the knowledge that I appear to be on my own compared to the bookies and other commentators, I’ll fling caution to the wind and say it will be (in alphabetical order) Mary Butler (FF), Paudie Coffey (FG), John Deasy (FG) and either David Cullinane (SF) or John Halligan (Ind).
That is as far as I can go and I am not at all confident in my prediction so genuine good luck to them all.