One as bad as the other

Johnny and Mary were sleeping soundly when suddenly, at 3am, they were woken up by a loud noise outside their window. Mary, still half asleep, jumped out of bed and hissed at Johnny: “Quick, you’ve got to get out of here that must be my husband.”
Johnny put on his underpants and carrying the rest of his clothes and shoes raced down the stairs and out the back door.
He was about to jump over the wall into the lane behind the house when it dawned on him. “What am I running away for? This is my home. I am her husband!”
Johnny went back into the house and challenged his wife but Mary was having none of it. “I was still half asleep and didn’t know what I was saying. But, more importantly, why did you run away and have you done it before, that’s what I want to know.”
Relations were strained between the pair for the rest of the week with Mary demanding to know if he was having an affair and with whom.
To get away from all the hassle, Johnny decided to go fishing in Dunmore East on Saturday morning.
Mary didn’t stir when he got up at 6am and tiptoed down the stairs. After a cup of tea and some toast, he went into his garage to hitch the boat up to his car. But when he opened the garage door it was raining heavily and there was a strong wind blowing.
It was no morning to go fishing so he unhitched the boat, went back into the house and up the stairs to the bedroom where he decided he would try and make it up with Mary.
He slipped back between the sheets and cuddled up to Mary’s back. “It’s a dreadful morning out there,” he whispered as he stroked his wife’s back seductively.
“Mmmmmm, I know it is darling,” murmured Mary softly, “and, can you imagine, that stupid husband of mine has gone fishing!” 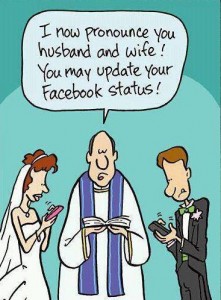