Home » Opinion » Tales of the Tellurians » Why we cry…

Have you ever wondered why we cry? Apparently, humans are the only creatures whose tears can be triggered by their feelings and for many years scientists have been trying to discover why. 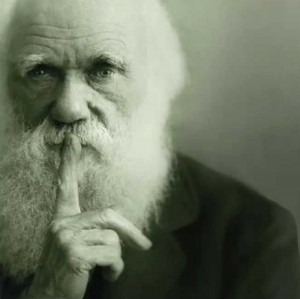 Charles Darwin once declared emotional tears “purposeless” and nearly 150 years later, emotional crying remains one of the human body’s more confounding mysteries.
The idea that tears simply lubricate the eyes has persisted for centuries but most experts think there is a lot more to it than that.
For centuries, people thought tears originated in the heart and there is even a passage in the Old Testament that describes tears as the by-product of when the heart’s material weakens and turns into water.
A theory that prevailed for many years held that emotions, especially love, heated the heart that generated water vapor in order to cool itself down. The heart vapor would then rise to the head, condense near the eyes and escape as tears.
Eventually, a Danish scientist named Niels Stensen discovered that the lacrimal gland was the proper origin point of tears.
But we still don’t know why and the only thing researchers can agree on is that being able to cry emotionally, and being able to respond to tears, is a very important part of being human.
Scientist still don’t know why some people cry a lot while others hardly ever shed a tear no matter what.
Until they find out the scientific meaning of tears, perhaps we should stick with our writers. In ‘Waiting for Godot’, Samuel Beckett wrote: “The tears of the world are a constant quantity. For each one who begins to weep, somewhere else another stops. The same is true of the laugh.”
However, I really like what the great Charles Dickens had to say in ‘Great Expectations’.
“Heaven knows we need never be ashamed of our tears for they are rain upon the blinding dust of earth, overlying our hard hearts. I was better after I had cried than before, more sorry, more aware of my own ingratitude, more gentle.”

Star signs and their significance are often dismissed by the medical profession as having no relevance but new research has found that, as far as your health is concerned, the month in which you were born could be very significant.
Scientists at Columbia University Medical Center in the United States say it isn’t really the month you were born in that matters but the environmental seasonality that pertained when you were born and when you were carried in your mother’s womb.
In their research over 14 years they found clusters of patients with certain conditions who were born in the same month, something that could not be explained by chance alone.
“We are learning more and more about the very large role that environment, and gene-environment interactions, play in our development,” said a spokesperson for the university.
Incidentally, there was good news for coffee drinkers recently when scientists announced that regular coffee drinkers, people who drink less than five cups a day, have a lower risk of dying early from a number of different causes.
They said certain compounds in coffee help to lower insulin resistance or inflammation that could result in better health.
Mind you, make the best of it because it’s only a matter of time before another bunch of experts announces that coffee is bad for you!

All these cookery shows on television have really grabbed a huge audience and it would seem that as many men as women are interested viewers.
Last weekend, a group of friends was out on the town for a meal and while their wives rolled their eyes to the heavens the lads spend most of the night discussing their latest recipes. 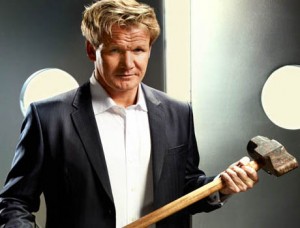 Gordon Ramsay: a hard man to please in the kitchen.

One chap was so consumed by the whole thing that he drove the waiter nuts asking him question after question about various ingredients on the plates.
In the end, the harassed waiter had enough and when he was asked how exactly the chef prepared his chickens for cooking, he replied:
“There’s nothing special about it, sir,” he confided, “it might be cruel but we just line them up and tell them out straight that they are going to die!”

It didn’t take long! We are barely into April but, already, we know that beautiful people in the know are staying trim and fending off the munchies by eating small amounts of walnuts between meals. 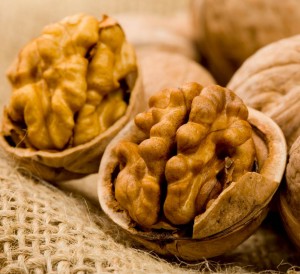 Move over, black pudding: walnuts are your new 'super' food!

According to the experts, most nuts contain healthy antioxidant compounds called polyphenols that improve cholesterol scores and also help lower rates of oxidative stress and vascular disease.
But, says a study by The Royal Society of Chemistry, walnuts pack the greatest polyphenolic punch.
As well as this, walnuts contain very little salt and are a super-convenient snack that is easy on your teeth.
Experts say six or seven whole walnuts a day is all you need to enjoy the benefits indicated by the study.