The Cats get their claws out 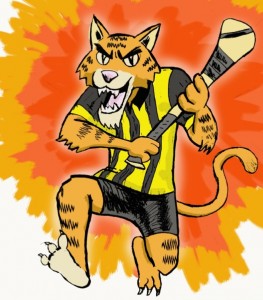 The Cats are sharpening their claws over the Boundary Commission.

The lines of battle have been drawn in Kilkenny and a combined offensive led by the County Council and the GAA will fight any boundary extension granted to Waterford all the way to our Supreme Court or to the European Court if necessary.
It would be an understatement to say that the Cats’ claws are out as preparations are being made to address the Boundary Review Committee set up by Minister Alan Kelly.
The closing date for submissions is January 15th and the Review Committee will be bombarded with objections from Kilkenny.
The matter was discussed at a monthly meeting of the Kilkenny County Board recently that was addressed by a delegation of politicians from South Kilkenny who are totally opposed to any boundary extension.
At the meeting, all the GAA club delegates were given copies of letters that are available to club members. All people have to do is add their names and addresses before sending them to the Review Committee.
When there was a possibility of a boundary extension 10 years ago, the Review Committee received over 10,000 submissions with 8,500 coming from clubs. This time, the opposition organisers are hoping for an even bigger protest.
A senior official from Kilkenny County Council told the GAA meeting that revenue through rates would be lost to Kilkenny should a boundary extension go ahead.