“The Hucklebuck” was almost an accidental hit

Many thanks to reader ‘TR’ for your letter and kind comments that are much appreciated. I share your admiration for Brendan Bowyer and The Royal Showband and their recording of ‘The Hucklebuck’.The story of ‘The Hucklebuck’ is interesting because, initially, The Royal had no intention of recording the tune that had previously been covered by Frank Sinatra, Chubby Checker and Otis Redding among others. The band was recording in EMI’s London Studios and had finished their schedule with time to spare so, as the studio had been paid for, they decided to experiment with a couple of other tunes. ‘The Hucklebuck’ with its iconic sax introduction from Michael Coppinger was, I’m told, recorded in just one take. Such is the way great things sometimes happen! 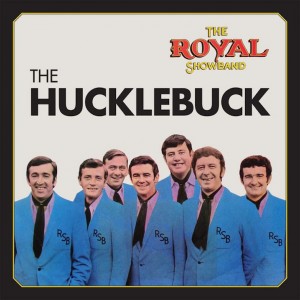 ‘The Hucklebuck’ was first released by The Royal in 1964 as a ‘B’ side to ‘I Ran All The Way Home’ but its popularity was soon noticed and it became the ‘A’ side.
The first showband record ever was ‘Katie Daly’ by Tom Dunphy (RIP) and The Royal Showband (1962) and it was followed by three smash hits in 1963, ‘No More’ featuring Brendan, ‘Theme From The One Nighters’ by Jim Conlon on lead guitar and, finally, ‘Kiss Me Quick’ featuring Brendan which became the first showband record to reach No 1 in the Irish charts.

Tom Dunphy also featured on ‘Marta’ in 1962 and his biggest hit was ‘If I Didn’t Have A Dime (to play the jukebox) in1965. Of course, we mustn’t forget the Royals’ drummer Charlie Matthews who also had an excellent singing voice. He featured on the band’s hit ‘Somewhere My Love’ in 1966 and ‘Time and the River’ in 1967. They were a busy lot were The Royal Showband and new generations should never underestimate just how big a box-office draw they were in this country and Britain.