The Last Dance at the Olympia revisited 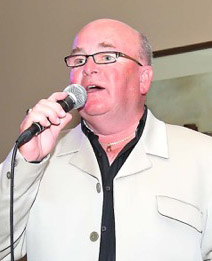 Dick Hayes, as he is today.

A prior commitment, coupled with a morbid fear of Sieges of Ennis, meant that I missed out on Saturday night’s hooley in the Olympia Ballroom.
By all accounts, it was a most enjoyable affair that attracted patrons from far and wide whose vigorous dancing to the Congress Céilí Band from Kildare really tested the mettle of the ballroom’s floor. But I was in the Olympia on Friday, Sunday and Monday and a strange sensation it was.
Obviously there were a few slight differences, such as the Jaffora Bar on the left as we faced the bandstand, but, all in all, this was the same place. It was as if we had stepped into a time machine out on Parnell Street and emerged over 25 years ago inside the ballroom. The same echo was there, the sound and the atmosphere were very similar and the place even smelled the same.
Dick Dave ‘n’ Us: Dick Dave ‘n’ Us had the tough job of opening the show but were their usual splendid selves and soon had the crowd on the floor. Dick Hayes would have played the Olympia with the Decca Showband and Mick Coughlan and Dave Flynn with the Impact and Valentines Showbands and they may also have been part of other outfits of the late 60s and early 70s. Multi-instrumentalist David Hayes would have been at home tucked up in bed if, indeed, he was even born then!

Eileen Reid: Eileen was the first guest artiste but, even though she is looking very well and singing better than ever, she didn’t do herself justice by opting to perform to backing tracks instead of musicians.
In the vastness of the Olympia, the atmosphere was lost and she really didn’t get the crowd going until she was joined on stage by her husband, Jimmy Day, and Dick Dave ‘n’ Us to perform her big hit, ‘I Gave My Wedding Dress Away’.

Brendan O’Brien joins Noel and the Aces: Noel Power and the Aces from Kilkenny were as good as ever. The band was originally formed out of the Black Aces Showband and they used to play the Waterford Musicians Dinner Dances in the late Seventies. Brendan O’Brien of the Dixies took the stage with the Aces and went down so well he had to perform a string of encores. I was delighted for Brendan because he is genuinely a very nice person who has had more than his share of bad luck in recent years. Mind you, he is not doing too bad at the moment because he introduced me to his new road manager, Aisling, a petite blonde who drives a Mercedes! The roadies were never like that in my day.

Don Duggan and the Savoy: Don Duggan and the Savoy Showband, reformed especially for the night, were really good and recaptured that unique showband sound seemingly with ease. In many ways they were ahead of their time and were the first Irish outfit to cover a Bob Dylan song. ‘I’ll be Your Baby Tonight’ was a big hit for them and remains a firm favourite with the fans. Top class musicians all, now that they are back together again, I suspect that the Savoy will continue on for a few more gigs.

Brass & Co plus Kelly of the Nevada: The Olympia was built for big bands like Brass & Co and they took to the venue like a duck to water. Of course, members like Frankie Walsh and Eddie Drey are old showband hands and Tony Comerford was practically reared in the Olympia as, together with his brothers, he was a member of the resident relief band. As usual, they were excellent and it is no wonder that they are the hottest property countrywide for all the major social occasions.
If you are anybody these days, you have got to have a few Rolling Stones and U2s on the guest list and Brass & Co on the stage before the party is considered an event.
The guest artiste on Sunday night was Kelly, formerly of the Nevada Showband, and, backed by Brass & Co, she took the place by storm, especially when she sang her big hit, ‘How Great Thou Art’.
Throughout her set, there was a huge crowd of people just standing in front of the stage, just like they used to do in the old days. Kelly’s mother was from Waterford and she reminded the audience that she spent most of her summers on holiday in the city from her home in Cork. On Sunday night she renewed acquaintance with many of her cousins and even met a few new ones. 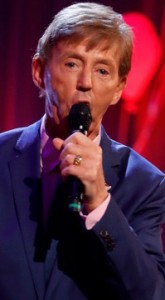 The Comerfords, accompanied by that honorary member of the family, Hugh `Toots’ McConnell, showed just why they were such a popular draw on the circuit for so long before the individual brothers went their own ways in separate bands. All the big hits of the 60s and 70s were included and, even though people were looking forward to seeing Dickie, they still demanded several encores before the Comerfords were let go.
Apart from Joe Dolan and Brendan Bowyer, Dickie Rock is the sole survivor of the old showband giants still performing on the big time circuit in this country and, within minutes of bounding on stage, he had the audience in the palm of his hand. Backed by a first class band and top session singer, Aileen Pringle, Dickie’s performance was superb and he is now laid back enough to even poke fun at his own hairpiece.
“There ain’t no way this is going grey”, he quipped, pointing to his head as he looked out over a sea of people, most of whom were showing at least a little grey, not to mention the odd receding hairline.
Dickie never drank or smoked and always kept himself in trim by practicing martial arts and it showed.
Looking lean and fit and dressed in a blue coat over a colourfully embroidered white shirt, his excellent voice was as sound as a bell as he effortlessly took the adoring fans on a voyage around his many hits and pop standards.

The Late, Great Derek Joy: It was one of those cruel ironies that, just as Waterford was preparing to celebrate a Bank Holiday Weekend of showband nostalgia in the Olympia Ballroom, the news broke that Derek Joy had died.
It really was difficult to believe that Derek was gone and his death caused genuine widespread sadness. He had gone through some rough patches in his time but nobody expected that he would be called from this life so soon.

The Derek Joy Showband was very big in the early 60s and, musically, the band was different from most others. Okay, they performed the hits of the day but the Joys had soul in huge dollops and had a big following of discerning fans, especially in the major cities.
In Earl Jordan, they recruited the first black singer from London to join an Irish showband and DJ Curtin, who later found fame with his own band, the Kerry Blues, before joining Brendan Bowyer and Tom Dunphy in the Big Eight in Las Vegas, first came to Waterford to join the Derek Joys as saxophone player.
I knew Derek for many years but, what really sticks in my mind, is the time when I was a schoolboy and the Derek Joys were a nationally known band.
My friends and I, who were all showband mad, used to take the Ferrybank Kenneally’s bus back to De La Salle after lunch and Derek would get on at the Clock Tower.
We found out later that he was visiting his dying fiancée, Ita Moran, in Ardkeen Hospital and he must have had a heavy heart and a lot on his mind.
But despite being top of the heap and despite his troubles, he always found time to chat to us and tell us where he had been playing and the famous people he had met.
Needless to say, we floated into school on a high because we actually knew a genuine rock star who had the time to talk to us. That’s how I’ll always remember Derek – as a star. 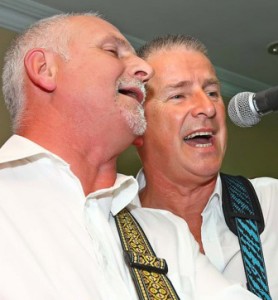