Home » Opinion » Foley on File » The plight of Passage

The plight of Passage 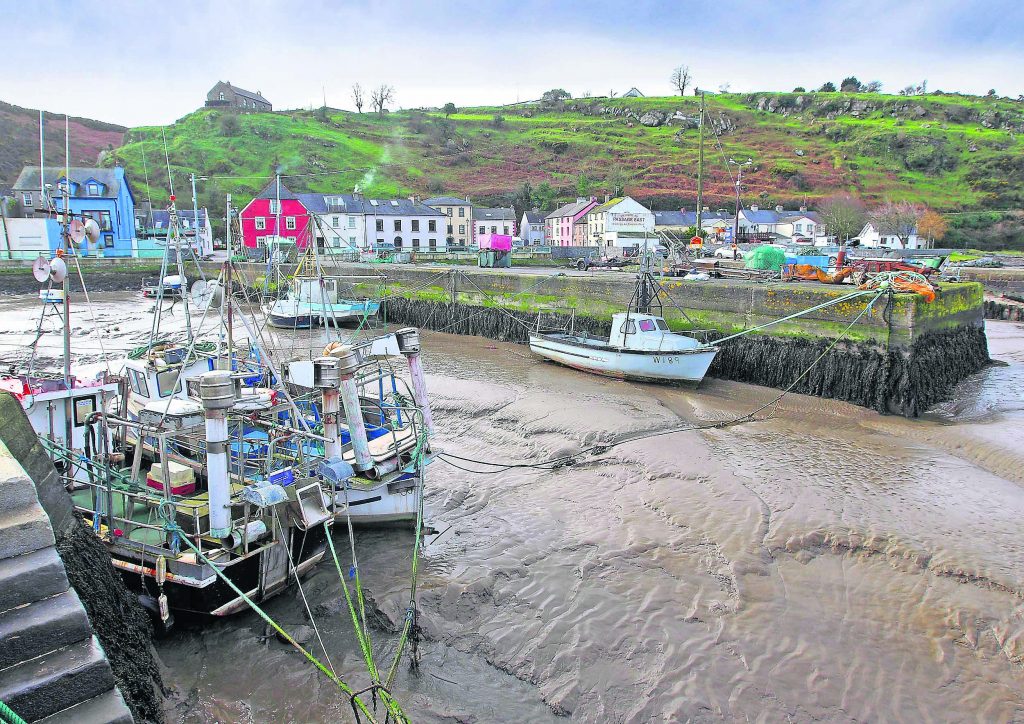 PICTURESQUE Passage East is undoubtedly one of the many jewels in Waterford’s elaborate crown. Unfortunately, Passage has faced many of the issues which are replicated in rural communities throughout Ireland.However, Passage’s plight has been compounded by the decimation of an industry on which so many in the area once relied. The significant reduction in fishing activity has had a hugely detrimental impact on the lives of many in the area. Despite this, the local community retains a ‘can do’ attitude and the fantastic spirit and community ethos which exists in this pocket of East County Waterford can be seen in the strength of many local groups and organisations.
The Passage East & Crooke Development Association, along with the nearby Cheekpoint & Faithlegg Development Group, have both contributed to the betterment of the area in many ways. Sport is thriving in the community and this is evident through the successes of Passage GAA Club whose senior hurlers famously won the county final in 2013 after many years of waiting.
Passage also possesses a fantastic Men’s Shed which was officially opened last August. Named the Waterford Estuary Men’s Shed, it is located in the former Pilot Station building which had become available and was given to the community by the Harbour Board. 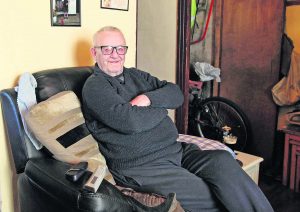 Paddy Clooney pictured in his home.

With gorgeous panoramic views from the top, the Shed is arguably one of the most scenically located Shed in the country.
Although based in Passage, Waterford Estuary Men’s Shed covers a large catchment area from Knockboy on the outskirts of Waterford City to Dunmore East, incorporating areas such as Faithlegg and Cheekpoint along with Ballyhack in County Wexford.
The Shed provides a hugely important service within the local community and is a wonderful example of what can be achieved when people work together towards a common goal.
Located nearby is the village’s impressive playground which was one project funded through the Salmon Hardship Fund.
The issue which resulted in this fund being created has been attributed with contributing to the plight of Passage – and remains an issue which causes concern for many in the community. While welcoming new developments in the area, local fisherman Sean Doherty says the creation of a playground is a poor dividend for taking away something that has kept people alive for hundreds of years.
In a Munster Express article from 2006, local fishermen warned that up to 100 families’ livelihoods in the area would be decimated by the implementation of a proposed Government ban on drift net fishing. “This will tear the heart out of fishing villages which have a tradition going back hundreds of years,” Sean commented at the time. “This is a way of life for so many people and we feel we are being sold out.” Now, Sean says the problems which locals had warned about have come to pass. Passage has seen fishing activity decline at an alarming rate. 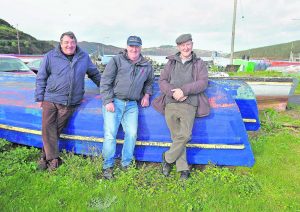 The activity which was generated through fishing acted as a huge support for local businesses which benefitted from money being spent locally.While local fisherman may not have made a fortune through the industry, Sean says fishing was much more than a job for them as it was an intrinsic part of their identity. “There wouldn’t have been an awful lot of money with fishing, but people had a bit and they were able to save it,” he said.“They understood that there were lean times and good times but they always had an opportunity.”Paddy Clooney is also saddened by the decline in the industry and the drastic changes which were imposed on local fishermen. “They weren’t making a fortune but they were happy,” he says. Both men recall all the “activity and excitement of the past” in Passage East and surrounding areas and say there was always a great sense of community.
“When I was young, Passage probably had what was one of the nicest fleets of boats in the country. Many people don’t realise what these villages were actually like in the past,” says Sean. Events such as the popular blessing of the boats generated a vibrant atmosphere. Sean and Paddy recall many of the great characters of the past and the vast knowledge which they possessed.
They point out that there was constant interaction between the Waterford Estuary communities as well as with communities in nearby Wexford. “Everyone knew one another,” said Paddy. “Wexford and Waterford –we were all the one.”
Paddy, who recalls a time when Passage had five shops and four pubs, says locals could go out onto the water and “have a laugh and a chat”. “It was like a community centre on the water,” he says. Miller’s was a well-known business in the village which generated significant employment through the processing of kippers and herring along with other products.
Skilled labour was required and many women from Scotland came to Passage to find work with many settling in the area full-time.
There were once numerous boat building yards around the area.“That’s all gone now as there’s no need for the boats,” says Sean.
They point out that the fishing industry was multi-generational and the tips were handed down from generation to generation.Unfortunately, Sean and Paddy fear that the oral tradition is also something which is at risk of being lost. “There were names in this village which were always synonymous with fishing,” says Sean. “Families are losing their traditional heritage. They’re not being given any mechanism to keep it going.
Sean believes more young people would become involved in fishing if the opportunities were there. “It’s a cultural thing,” he says
“Young fellas have it in them but their way of life is being denied. They haven’t been properly represented.”He continued: “If the fishing is in you, you can’t get away from it, it will draw you back. But it’s been taken away from people and they’ve been put in a position where they can’t provide for themselves and their families.”