Home » Opinion » Tales of the Tellurians » The Prince of Gaffes

The Prince of Gaffes 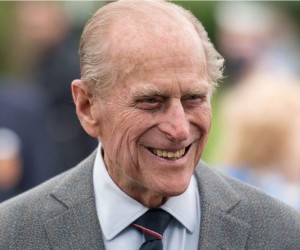 Even though he is probably a right contrary old sod, we will miss Britain’s Prince Philip, the Duke of Edinburgh, who is retiring from public life aged 96.
While always loyal and dutiful to his wife, Queen Elizabeth, the grinding routine of being the Monarch’s consort often made him irritable and tetchy, sometimes with deliciously embarrassing results.
He once declared that ‘British women can’t cook’ and famously described the Duke and Duchess of York’s house as ‘a tart’s bedroom’.
On a visit to Scotland he asked a driving instructor how he kept the natives off the booze long enough to get them through the test!
“How many people have you knocked over this morning on that thing,” he growled at the driver of a mobility scooter.
He often kept the best jibes for his own family. Describing his daughter Anne, the Princess Royal, he declared: “If it doesn’t fart or eat hay, she’s not interested.”
Once, while in Belfast, he was introduced to a 10-year-old boy. “How did you get to be chosen, were you the cleanest in your class,” growled the Duke.
For some reason, HRH had a longtime dislike of singer Tom Jones and there was a bit of apprehension in the air when Jones appeared at a Royal Variety Concert and stood in line afterwards to greet the royal couple. A brief handshake and a couple of words with the Queen went well but then came Prince Philip who didn’t try to hide his feelings.
“What do you gargle with, pebbles,” he asked pithily. Mind you, he didn’t like Elton John either. “I wish he’d turn the bloody microphone off,” he was heard to mutter during another Royal Variety Performance.
According to Royal watchers, the prince once came close to going too far. “Yak, yak, yak, come on get a move on,” he shouted at the Queen who, in his opinion, was chatting for too long with some of her subjects.