THE SCOURGE OF ILLEGAL DUMPING

On Thursday last, we attended the Saint Patrick’s Day Parade launch, the theme of which this year will be ‘SOS: Save Our Seas’ given the local, national and international concern being expressed about the level of plastic that’s being dumped and deposited in our waterways. The pollution of our seas, rivers and lakes are now being regularly raised at local authority level, with one South Kilkenny Councillor referring to the levels of plastic being washed up on the shore of the River Barrow and querying what the local authorities in Kilkenny and Wexford intend to do about it. 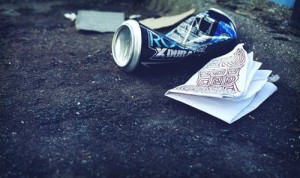 Volunteers on the beaches at Tramore and the Saleens have, for far too long now, found themselves filling bag after bag of refuse that’s being dumped by individuals who really ought to know better. One doesn’t have to rely on microscopic evidence to realise that stretches of ditch, woodland and quieter country roads throughout Waterford are being treated like open pits by people who are often driving miles from their own homes to get rid of their rubbish. But as we recently reported on, this is not a particularly new phenomenon: in the mid-1970s, before the introduction of bin/refuse charges, Waterford County Councillors were lamenting the level of local fly-tipping, a fact which flies in the face of those who cite economic reasons behind the upsurge of dumping of recent years.
Are there some who dump their rubbish because they can’t afford to pay for their weekly bins? There may well be – there are certainly some who use public bins to dump household refuse, which is certainly preferable to lobbing it in the ditch – but such habits mean that an amenity like the Kilbarry Eco Park (once a landfill, of course) is not stocked with bins.
That white goods continue to be dumped throughout the county makes absolutely no sense whatsoever and again blows a hole in the economic argument for dumping. The City & County Council’s Civic Amenity Sites at Kilbarry and Ballinamuck, Dungarvan, accepts fridges, fridge freezers, tumbler dryers, electric cookers, in addition to televisions and computers free of charge. That’s right: free of charge. Yet such items are, in many instances, the largest dumped items in our ditches and woodland access points. This is utterly inexcusable.
Among those items for which the Council charges to accept at both sites, most involve handing over €8, as applies, for example, for a bicycle you no longer want.Surely parting with such a small outlay in preferable to having the Friends of John’s River (whose work we have proudly highlighted in recent years) still fishing bikes out of the mudflats at low tide, as some of the volunteers busied themselves with on Saturday morning last? The waste disposal firms in Waterford operate affordable services and it’s a shame that some members of the public simply do not care about their lands and waterways. Thankfully, a great deal more do, but if a full refuse sack can be filled on less than a half-mile of road outside Portlaw, then what does that say for the county-wide issue?
We believe a major publicity campaign is now required. We also believe some high-profile cases before the courts – and hefty fines in the event of prosecutions – are also required. It’s high time that the rubbishing of Waterford stopped and we hope this matter is highlighted by candidates come the local election campaign.