The Taoiseach Comes to Town

Fine Gael’s public relations machine came into town last Friday pumping up their 2040 National Plan for fresh investment in the regions.
Spending money in the regions is very welcome when it comes to urban regeneration, which will hopefully alleviate pressure from the Greater Dublin Area.
As we know, Dublin has major transport issues given the failure to invest in better rail and subway systems over the decades (the Luas remains problematic), which has led to an over reliance on the private car, and led to further, unwelcome urban sprawl.
The commitments to enhance the region made for pleasing listening on Friday last, but we sincerely hope that Waterford and the South East is not being sold another PR pup. 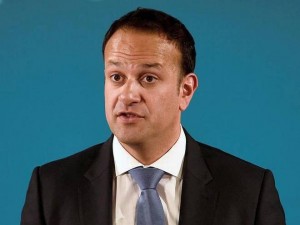 As we’ve previously written of, the French political system is au fait with the development and delivery of five to seven-year programmes. Therefore, such plans are less impacted by election cycles, and that’s no bad thing.
It may well have taken a minority Government to take us into a long term mode of thinking in political terms but we’ve had our fingers burned before when it comes to similar projects trumpeted in the past, i.e. Decentralisation and the National Spatial Strategy.
And if there is a sense of wariness about the tsunami of positive announcements we’ve had in recent weeks and months, there’s a good reason why some of us are more tentatively upbeat than others. We’ve been down this road before and don’t want to be let down by another Government.
Boosting our regional cities, where there’s existing and reasonable infrastructure in place (motorways, industrial estates, schools and colleges) makes more sense than starting from scratch in a greenfield site off the M50.
As we report on News 4, it was interesting to hear Taoiseach Leo Varadkar noting how WIT has proven slower in preparing its Technology University (TU) than Blanchardstown IT (part of the TU4Dublin bid), which only gained RTC status in the early 90s.
The Dublin bid is on course to be first past the post with its application in the wake of the TU Bill passing through the Seanad at the end of last week, subject to the President’s signature. It may be re-designated as early as this September.
Waterford and Carlow ITs must not allow the grass to grow beneath their feet when it comes to this process, and they’ve promised that this will not prove the case, which is good news. The delivery of an adequately resourced Technological University of the South East must be achieved, and we must see accelerated progress on a range of other fronts, including social housing. There is certainly much to do after a lost decade dominated by austerity.
Regrettably, questions which both this newspaper and cardiac campaigner Willie Doyle wished to field to Mr Varadkar were not permitted on Friday last, which was, to put it mildly, disappointing, particularly when the ‘2040’ presentation left us feeling that an election will not be too far off once the next Budget is passed. A reluctance to engage with the media is not healthy for democracy.
While Finance Minister Paschal Donohue did take a question in relation to the North Quay project, he referred us to Waterford City & County Council for further detail.
A single planning objection may cause some delay for the long-awaited project, which a range of politicians, including Minister of State and Ferrybank resident John Paul Phelan, are keen to see delivery of. Let’s hope that delay doesn’t prove lengthy.