Back in 2002, Ireland proved an international forerunner in becoming the first country to develop a policy on plastic bags.
And in the first year after the plastic bag levy was introduced a reduction of 90 per cent of plastic bags in Ireland was recorded.
However, according to new Eurostat figures, Ireland is now the top producer of plastic waste in the European Union, producing 61kg per person annually.
In the past, China took 95 per cent of our total plastic waste. However, as of January, China has banned all foreign imports of plastics.
In terms of sustainability and in the need to ensure that this generation’s activities do not have a negative environmental consequence for future generations, we need to change our “plastic ways” and tackle this issue now. That’s the view of Fine Gael MEP Deirdre Clune, who visited Waterford last week. 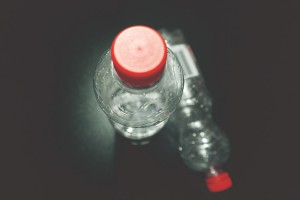 With that in mind, the European Commission has launched a Strategy for Plastics in a Circular Economy, which outlines a major EU clamp down on single use plastics, such as coloured plastic bottles, coffee cups, lid and stirrers, drinking straws, takeaway packaging and microbeads (an issue also highlighted by Senator Grace O’Sullivan).
Industry must become more responsible in the use of plastics, both in terms of reduction and recyclability, and as consumers we must adapt our habits to reduce plastic usage.
Central and local government must implement the necessary policies to achieve their targets and prevent non-recyclable plastics irreparably damaging our environment.
As a material, plastic an important role in our lives. But it’s mostly used just once, very little of it is recycled or recyclable and it has a negative effect on our environment.
It’s estimated that a discarded plastic bottle will be present for 100 to 400 plus years depending on the type – and millions of tonnes of plastic end up in our oceans every year and are absorbed by fish and mammals .
Reducing the amount of plastics in our oceans and beaches is vital to protect marine ecosystem and also to ensure that fish, and as a result the food chain, are not further contaminated by plastics. We can see the damager for ourselves in Tramore and other local beaches.
While the government and local authorities are legislating for change when it comes to plastic usage, we can all begin our own battle against plastic waste.
Both at the office and at home, we shouldn’t use take-away cups, plastic straws and stirrers that we see in cafes and airports.
Using real cups or KeepCups is a simple and easy alternative, and just like using alternatives to plastic bags, it’s a habit that you can get into quite quickly.
Choosing to buy food without packaging where possible is also much better for the environment, and when something does come in a plastic container, we need to think about how we can reuse it instead of throwing it away after one use. There are lots of simple things that we can all make a difference. But we need to start making that difference now.