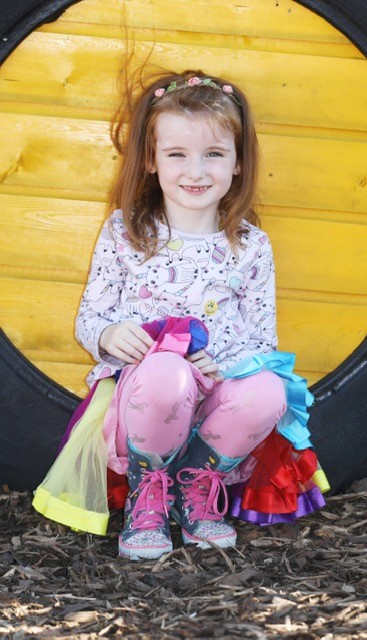 Waterford was well represented at the 88th National Ploughing Championships which were held at Ballintrane, Fenagh, County Carlow last week.
The 88th National Ploughing Championships took place last week from September 17th to 19th at Ballintrane, Fenagh, County Carlow.Waterford was once again well represented at this gargantuan event which generates some mind-boggling statistics each year.This year’s event featured 1,700 exhibitors, 240,700 visitors, over 300 competitors, almost two million feet of trade space and an economic impact of over €35 million.More than 100,000 people attended the event on day one, followed by an even more impressive 110,000 on day two.
The third and final day of the 2019 National Ploughing Championships saw an attendance figure of around 81,000 people, according to the National Ploughing Association (NPA).
This brought the total attendance figure for the three-day event up to a record-breaking 297,000 visitors.

The glorious weather which we experienced last week undoubtedly helped draw the huge crowds to Carlow.However, despite the conditions each year, the National Ploughing Championships never fails to attract hordes of visitors.A fantastic showcase for rural Ireland, the event has a unique charm and appeal and offers something to suit all interests.
Due to the scale of the event, the actual ploughing events often tend to take a back seat.
Organisers, who are keen to point out that the entire event still revolves around the ploughing, were certainly boosted by the sight of An Taoiseach Leo Varadkar trying his hand at the art of ploughing.
Education
The National Ploughing Championships always proves popular with students and, capitalising on this, many third level institutions were present in order to showcase their courses, including our own Waterford Institute of Technology (WIT). WIT Ag Science lecturer Dr Bill Keogh explained that they were keen to raise awareness of the BSc (Hons) in Agricultural Science which is offered in Waterford. He said WIT’s presence at the National Ploughing Championships gives the opportunity to raise awareness that such a course is on offer within the South-East.
He is keen to enhance the reputation of the course and show that there are other alternatives.
“Many students think Dublin is their only option,” he says. “This course has been running over 15 years and has developed into an Ag Science Honours Degree. It gives students within the Leinster/Munster region another option.” He said there was a good level of interest throughout their stint at the three-day event, with many Leaving Cert students and their parents stopping by to seek information. A group of final year WIT Ag Science students were present at the stand on day two and certainly appeared to be enjoying their big day out in Carlow.

Shona Shirley Macdonald of Mireog with her mother Gillian in the Local Enterprise Village.

Enterprise
The Local Enterprise Village is a novel part of the Ploughing and always attracts keen interest.
Local Enterprise Offices are located nationwide and play a key role in helping small businesses to start and grow. Since their inception in 2014 they have helped create over 18,000 jobs in indigenous companies all over the country.As part of its National Programme, Local Enterprise Offices host a Local Enterprise Village at the National Ploughing Championships to provide an opportunity for clients to take full advantage of this unique consumer event.
Each Local Enterprise Office has a stand available for its clients.This unique initiative means that over 30 small businesses from across the country get the chance to exhibit and sell at Europe’s largest outdoor event, something that would not be financially viable for most small businesses across the country.
There were a variety of products and services on show for the visitors to the Local Enterprise Village at this year’s National Ploughing Championships, including food, fashion, ag-tech products, farm safety equipment, board games, sportswear, skincare and even a dog bakery.
Representing Waterford Local Enterprise Office this year was Mireog designs and handprints, based in the Déise Gaeltacht. Mireog consists of a unique range of greeting cards, organic t-shirts, recycled notebooks and fair-trade tea towels in Irish and other Celtic languages.
All are designed and hand-printed in a studio in the Gaeltacht with the exception of the greeting cards which are digitally printed.Additionally, Mireog offers a graphic design service and specialise in wedding stationery and branding for businesses.
Company director and illustrator Shona Shirley Macdonald was present at her stand with her mother Gillian.
“It’s lovely to speak to customers and see what they think of my products,” said Shona.
“People appreciate finding products like this.” Shona appeared heartened to see that there is a a gap in the market for such products. She said the Enterprise Village was a beneficial environment in which to be in and said she enjoyed meeting other people and networking.

Reailtin Hayes (6) from Waterford impressed judges in the competition for the Brightest Boots.

Supporting famers
Orla Dawson and Owen Young from Dungarvan Credit Union also made the journey to Carlow from Waterford and were spreading awareness of ACRE, the new finance product from Dungarvan, Tallow, Lismore and Cappoquin Credit Unions.ACRE is a multipurpose farm enterprise package that is specifically designed to tailor for the financial needs of the local farming members through providing a wide range of loan opportunities.
It is available to all farming enterprises and covers an extensive variety of agricultural needs.
Their Agri Loan is broken into three areas, all of which have the same interest rate of 6.5% / 6.70% APR and benefits – Farm Improvement Loan, Foot on the Ladder Finance and Go Greener Loan. Orla and Owen were full of enthusiasm and were looking forward to meeting many farmers to spread awareness of the new package.
Also on hand to offer support and advice to farmers was Waterford’s Kieran O’Connor at the impressive Glanbia Ireland marquee.A number of panel discussions took place throughout the duration of the National Ploughing Championships, covering a range of different topics.
Sports nutrition now represents a huge market for Glanbia, and the importance of correct nutrition for sport was dealt with in a specific discussion which was chaired by Kieran with his trademark ease.
Glanbia Ireland’s expert support teams were available throughout the three days to discuss animal nutrition and health solutions, new schemes and technical support services that are available to farmer customers and suppliers.Glanbia’s milk quality team talked about bulk tanks and chlorine-free detergent at the ‘Parlour Wall’, while their vet gave tips for herd health over the winter.Across the three days, soil testing, premium grains and Glanbia’s new solar initiative FarmGen also drew plenty of questions from farmers.The Avonmore Milk Bar was also a huge hit with visitors. Glanbia Ireland’s Chairman Martin Keane thanked all farmers who generously supported the Pink Bale campaign and placed their silage in prominent locations to support and highlight Breast Cancer Ireland.A cheque for €25,000 was presented to the charity, which came from funds raised through the Pink Bale campaign and the Glanbia 300 annual charity cycle.
Health
Many healthcare providers were present in Fenagh, including representatives from UPMC Whitfield Clinic. Medical staff from the UPMC Whitfield Hospital Joint School were on hand to discuss knee and hip replacement surgery with attendees. The UPMC Concussion Network, based at Whitfield, was also being promoted.The Network is working with GAA and other sports clubs right across the country, as well as schools and universities, offering baseline testing to both underage and adult players alongside concussion education and awareness sessions.
Baseline tests provide valuable pre-injury data used to identify and individually treat concussions that occur on or off the field.Regional workshops involving coaches, medics, parents, teachers and team physios have been extremely well received, with the results of baseline tests providing invaluable data which can be used as a comparison in the event of injury or an accident, on or off the field of play.
Dr Tadhg Crowley, UPMC Concussion Network Clinical Lead in the South East Region, said: “Concussion can be such a serious event, not only for sports but also for daily lives and particularly for younger age groups. The ‘one-size-fits-all’ approach to concussion treatment may not be right for everyone. The UPMC programme is a safe, measured and controlled method of diagnosing and treating concussion and the neuro-cognitive baseline test – because it has measured the norm for a sports player pre injury – is a particularly important development.”
The Network delivers education sessions at sporting clubs and schools across the country, talking to players, parents, coaches and managers about the signs and symptoms of concussion and how it can affect all aspects of their lives, not only the ability to play sports.
The team held twice daily concussion workshops at UPMC’s tent at the National Ploughing Championships which were open to parents, coaches, players and anyone with an interest in the topic.
Ray of sunshine
Solus, an Irish owned company that has been established for over eighty years and now supports 63 jobs in Ireland, had the search light on for the Brightest Boots throughout the three days of the National Ploughing Championships.Solus Light Bulbs invited all budding farmers and visitors to the National Ploughing Championships to wear their brightest boots and megawatt smiles to be in with a chance to win a VIP Helicopter Ride for the winner and a friend.
The Solus Team were on the hunt searching for suitable candidates and the fun initiative was open to ladies, gentlemen, children, people of all abilities and all sunny dispositions!
On Thursday, Reailtin Hayes (6) from Waterford wowed judges with her bright Boots and megawatt smile as a finalist in the competition. Adding another ray of sunshine to the National Ploughing Championships were the ‘Bachelors in Trouble’ who were present once again, having made the trek from the Comeragh Mountains.
The ‘Bachelors in Trouble’ were formed from a local drama group in 1989 to film and record stories from ‘Real Ireland’. The stories centre on Jack and Tom Coffey, bachelor brothers living on a small holding in the Comeragh Mountains. Jack is over-worked and in need of help on the farm. It’s decided that Tom should get married to improve their plight and, with the help of neighbour Tommy Power, they plan to find a suitable wife for Tom.These stories haven proven immensely popular and the ‘Bachelors in Trouble’ are approaching 30 years of providing laughter and music.
Their DVDs and CDs were in demand at the National Ploughing Championships and the appeal of the ‘Bachelors in Trouble’ appears to be as strong as ever. The National Ploughing Championships were last held in Waterford in 1983 and, given the huge economic spin-offs which are annually created by this event, perhaps it’s time we in the Déise should consider playing hosts again?Although inland counties have featured most prominently as hosts in recent years, the possibility of having the National Ploughing Championships in Waterford might hopefully occur in the near future.