Home » Opinion » Tales of the Tellurians » Whatever happened to that cute little ‘Ho, ho, ho’ girl?

Whatever happened to that cute little ‘Ho, ho, ho’ girl? 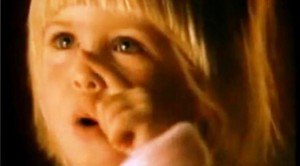 Holly Stapley as the little Christmas Kelloggs girl in 1991.

Well it’s Christmas time and the famous Kelloggs Corn Flakes ad is on television once again, the one with the cute little blonde girl who says ‘Ho, ho, ho’ to Santa.Believe it or not, that ad was made 27 years ago in 1991 and the little girl is now grown up and was married in 2013. 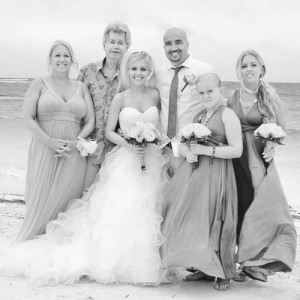 The Stapley family photographed at the wedding of Holly in 2013. Her sister, Alexandra, is on the extreme right.

The character of the little girl was actually played by twins, Holly and Alexandra Stapley and the clips we see on our screens feature Holly. Holly currently works as a nurse and Alexandra is a sales rep for Nissan in Canada. I hope they get repeat payments for the ad but probably not!