Home » Opinion » Tales of the Tellurians » What’s going to happen to our Saint Anthony?

What’s going to happen to our Saint Anthony? 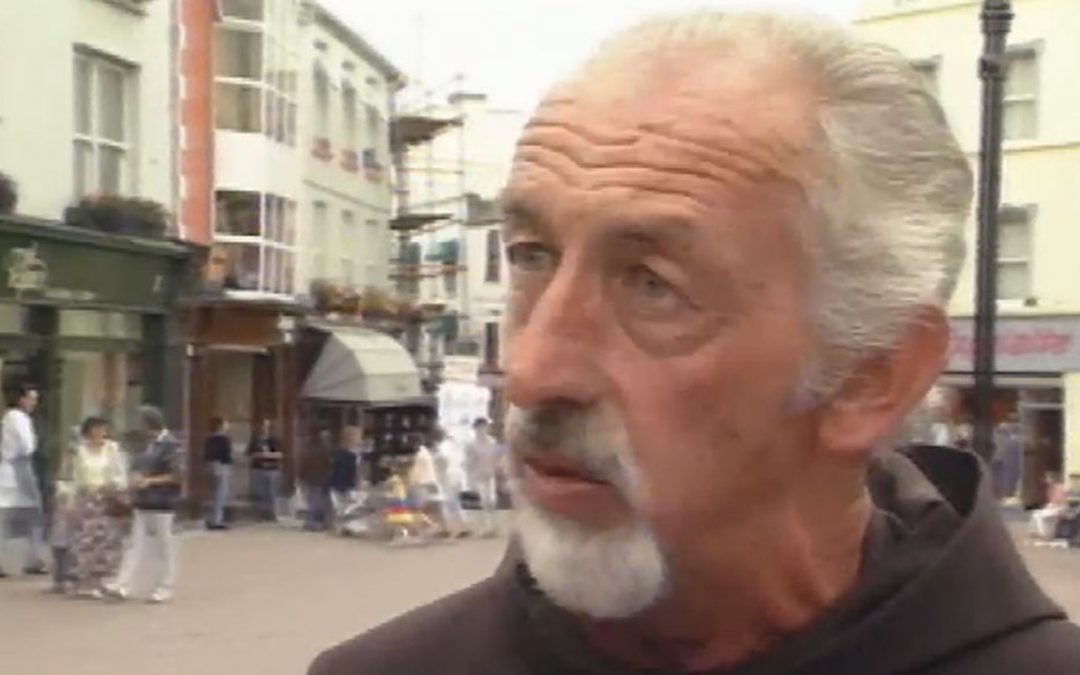 It is sad to think that the Franciscan Friary in Waterford may close. There are few if any vocations coming through and the four Friars in Waterford are now elderly and cannot continue to serve for much longer. As the world twists and changes, as it always has, it would be the loss of yet another part of ‘Old Waterford’ for a great many people.Hopefully, the Friary won’t close but, if it does, what about poor old Saint Anthony? Where will his statue go? He has been finding lost property of every variety for generations and his shrine in the Friary is one of the most visited in the city. 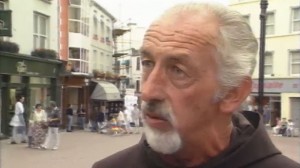 The late Brother Columbanus Deegan in John Roberts Square at a time when it was still affectionately known to Waterfordians as ‘Red Square’.

Cynics will say people will still be able to pray to him and ask for help in finding things but, really, it wouldn’t be the same as actually going to the Friary and then returning with a grateful few bob.Over the years, the Franciscans have been an integral part of life in Waterford and many people will fondly remember individual Friars who became part and parcel of their lives.The man I knew best was Brother Columbanus Deegan, a decent Dublin man who had served in the RAF during World War II and had many horror tales to recount, including his visit on the day the Americans captured the Dachau Concentration Camp where thousands of Jews were exterminated. He once told me that, sometimes in his room late at night, he relived the horrors of what he had seen.

Columbanus was Chaplin to Waterford’s Industrial Park for some years and was mainly responsible for the many factory masses that took place in the 1980s and 1990s. He also instigated an Annual Blessing of the Animals in the Friary garden that saw all sorts of creatures brought forward by the owners.Colm loved to travel and he and his trusty bicycle were often facilitated by the captains of various ships that traded in and out of the Port of Waterford. In the years that he was with us, Brother Columbanus became an integral part of Waterford city and was both loved and liked by many.

The original Waterford Friary (one of the first in Ireland) was founded 1240. With the turmoil of the Reformation, the church was turned into a hospital for the poor in 1541. A new house was built in 1612. The Friars, of whom there were only two in 1766, lived mostly in Johnstown and the Order came to the present site in 1830. The Friary was built in 1833 and the church completed in 1834 but it was not opened for several years due to opposition from the Bishop. The church was expanded in 1905-8 and again in 1931-33 and consecrated in 1944. The present friary was built in 1928.